Chinese Taipei signs up to major declaration on women and sport 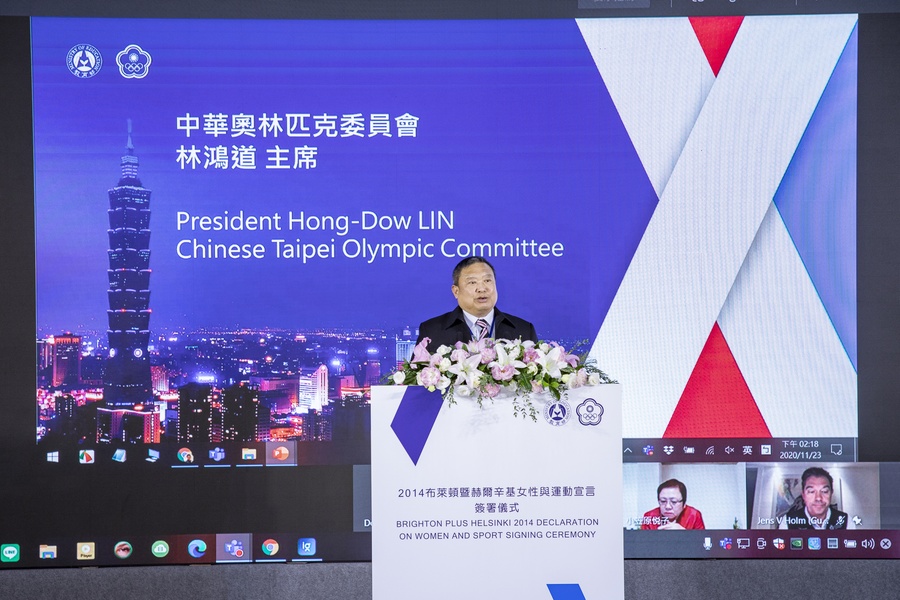 Taipei, November 25, 2020: The President of Chinese Taipei Olympic Committee, Mr. Hong-Dow Lin, and the Director General of Sports Administration under the Ministry of Education, Dr. Shao-Hsi Chang, co-hosted a signing ceremony for the “Brighton plus Helsinki 2014 Declaration on Women and Sport” in Taipei on Monday, November 23.

The “Brighton Declaration” was put forward by the International Working Group (IWG) on Women and Sport in 1994 to provide guidelines to increase the participation of women in sport and physical activity around the world.

Twenty years later, the "Brighton plus Helsinki 2014 Declaration on Women and Sport" was developed by the IWG representatives of member states on the 20th anniversary of the "Brighton Declaration". This new declaration expanded the aims of equality from women to society, school and youth.

Dr. Chang said: “Chinese Taipei has long supported the IWG on Women and Sport’s efforts in the pursuit of equality in sports affairs. By signing this declaration, we look forward to further cooperation.

“In the meantime, we are showing our determination to participate in and contribute to the international sports affairs."

The CTOC President added: "Chinese Taipei has worked closely with the Sports Administration of the Ministry of Education for many years to actively promote the rights and interests of women participating in sports.

“In 2011, we held the 1st International Conference on Women and Sport in which international experts and scholars were invited. Until today, this conference has become an important platform on the topic of women's participation in sports and physical activity.

“By officially signing the ‘Brighton plus Helsinki 2014 Declaration on Women and Sport’ we further demonstrate our determination in jointly creating a more equal sports environment with the International Working Group."

A total of 28 sports organisations joined the signing ceremony on an historic day for the women and sport movement in Chinese Taipei, spearheaded by the CTOC and Ministry of Education. 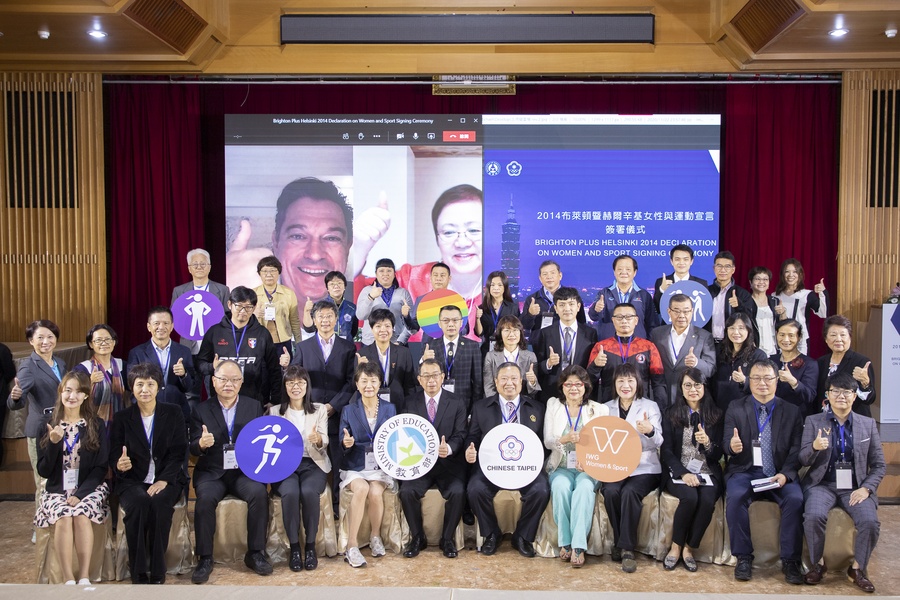 Group photo of all the participants in the signing ceremony. 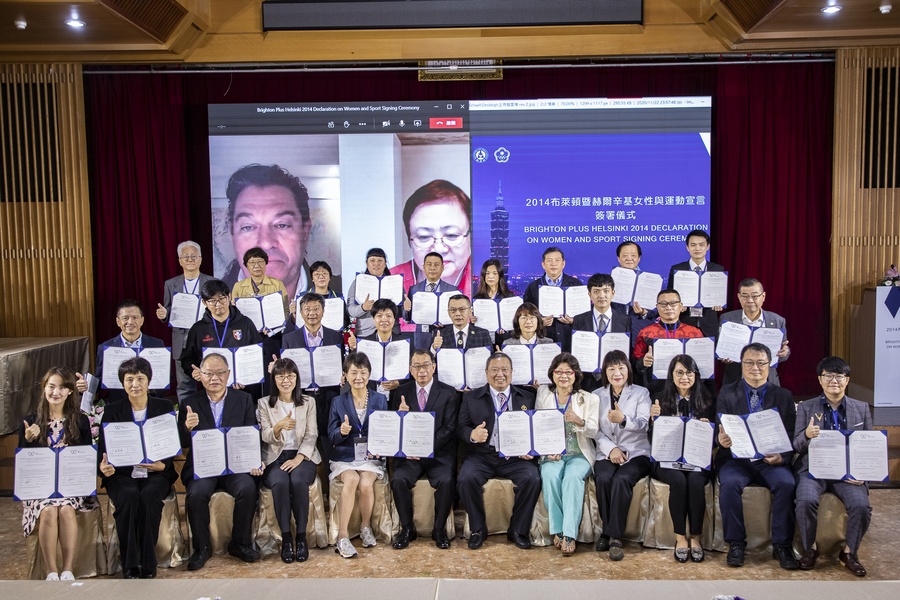 Group photo of all the signatories with the witnesses for the signing ceremony. 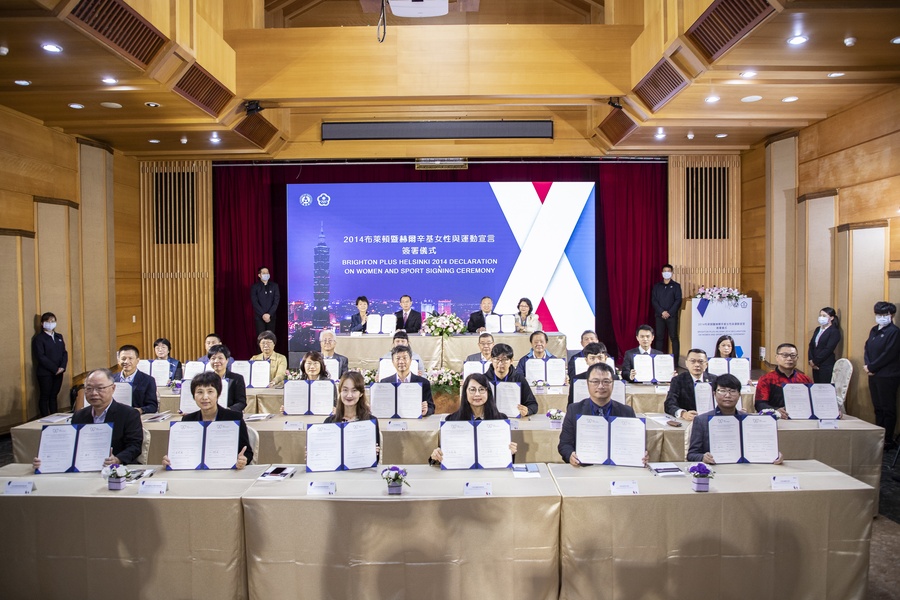 Group photo of all the signatories presenting their agreements.
Share on: