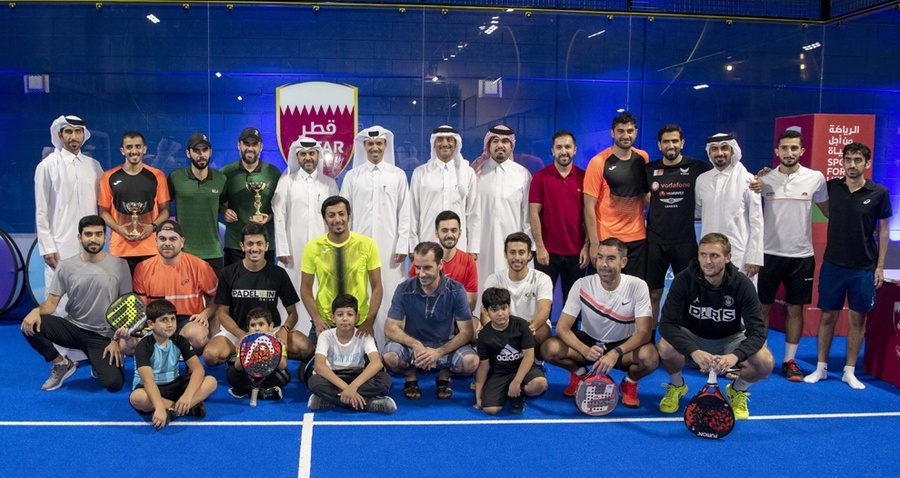 Doha, Qatar, October 21, 2019: The Qatar Olympic Committee organised the first edition of its padel racquet sport tournament from October 18-20 with the participation of 96 players.

The Director of the QOC Sports Affairs Department, Mr. Khalil Al Jaber, thanked the officials of the Qatar Tennis, Squash and Badminton Federation for their efforts to promote padel in the state of Qatar and stressed that the inaugural edition of the QOC padel tournament proved to be a big success with 96 players.

The head of the QOC Activities and Programme Support Unit, Mr. Abdulaziz Ghanim, said that the QOC organised the inaugural padel tournament as part of its efforts to increase community engagement in sport and entertainment activities.

Padel is a game for four players and is a combination of tennis and squash.