Vietnam counts down to SEA Games 2021 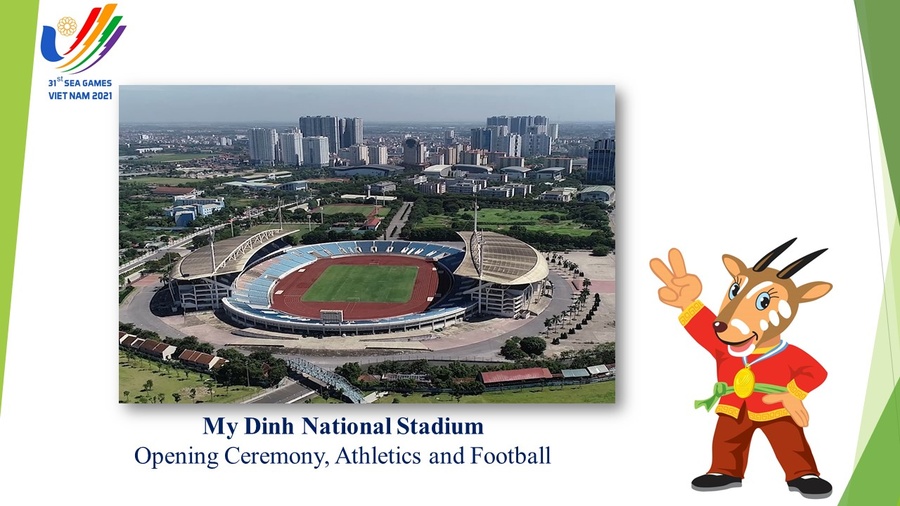 The next SEA Games for the 11 National Olympic Committees in the region will take place from November 21 to December 2, 2021 in Hanoi and nearby cities and provinces. There will be 40 sports, 526 events and 10,000 athletes and officials from the 11 NOCs.

It will be the second time for Vietnam to organise the SEA Games - which is held every two years - following their hosting debut in 2003.

The official countdown to next year’s SEA Games began on Saturday when representatives of the competing countries met in Hanoi for a ceremony witnessed by thousands of local residents. The event was held at the Lý Thái Tổ Garden next to Hoàn Kiếm Lake, reports Vietnam News.

“Despite the Covid-19 pandemic, Việtnam will try its best to prepare and organise a successful SEA Games. The tournament will be a chance for ASEAN countries to show our friendship, solidarity and understanding with each other,” said Vietnam’s Minister of Culture, Sports and Tourism, Nguyễn Ngọc Thiện, who is the head of the organising committee.

The mascot is Sao La – a rare, forest-dwelling bovine also known as the Asian bicorn and discovered in Vietnam in 1992 – and was chosen from more than 550 entries over a two-year competition.

The official logo is a combination of five fingers holding the 10-circle chain Southeast Asian Games Federation logo, shaping an image of a dove, which is a symbol of peace. There were almost 1,000 entries for the logo.

The organisers also revealed “For a Stronger Southeast Asia” as the slogan for the competitions.