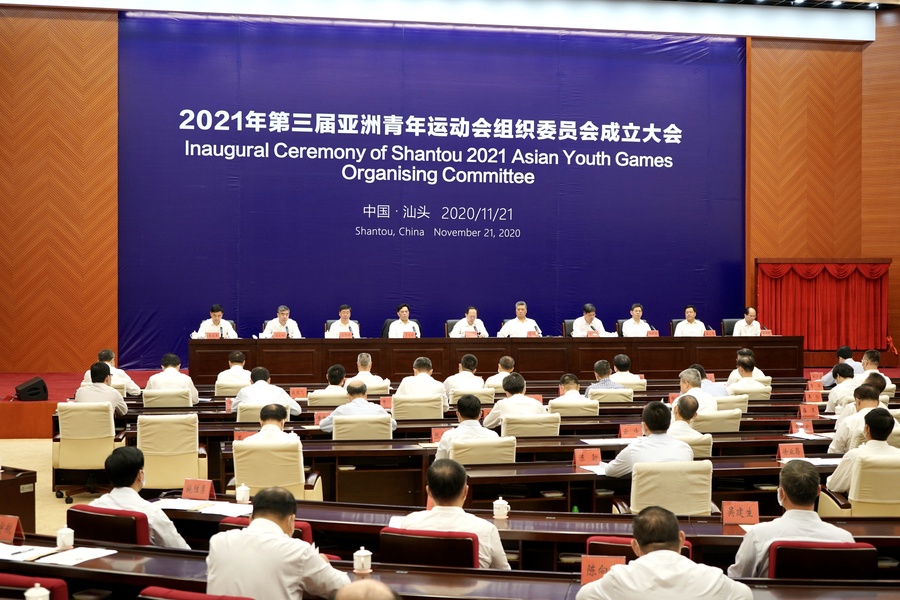 Gou Zhongwen, Chairman of SAYGOC, Director of the General Administration of Sport of China and President of the Chinese Olympic Committee, and Ma Xingrui, also Chairman of SAYGOC and Governor of Guangdong Province, attended the inauguration ceremony and unveiled the plaque for the organising committee.

Li Jianming, Executive Chairman of SAYGOC and Deputy Director of the General Administration of Sport of China, read out a statement from the General Office of the State Council of China on the establishment of SAYGOC.

“We need to actively integrate the preparation of the AYG into economic and social development, facilitate the exchanges of Asian youth and cultures of different countries and regions, nourish people-to-people amity, and let sport play its role in promoting the Belt and Road Initiative and building a community with a shared future for mankind,” he said, referring to the global infrastructure development strategy launched by Chinese President Xi Jinping in 2013.

On behalf of the Guangdong Provincial Committee of the CPC and the People’s Government of Guangdong Province, Ma Xingrui said that Guangdong would continue to make the planning and preparations for the AYG a major priority in order to host a successful event at a high standard and with its own characteristics.

The organising committee also unveiled the emblem, mascot and slogan of the AYG.

The emblem is based on the traditional red-coloured merchant boats to be found in Shantou; the mascot is called “Jinfengwa” and is inspired by the Shantou city flower, Jinfeng; and the slogan “Surging Waves, Dynamic Youth” reflects the ocean spirit and the vigour and passion of Asian youth.

The Olympic Council of Asia’s third Asian Youth Games are set to take place in Shantou – a port city in Guangdong province, southern China – from November 20-28, 2021. There are 18 sports on the programme and 25 competition venues, and it is expected that about 3,000 athletes from 45 National Olympic Committees will participate.

The OCA held the first AYG in Singapore in 2009 and the second in Nanjing, China in 2013. After the third edition in 2021, the fourth AYG will take place in Tashkent, Uzbekistan in 2025. 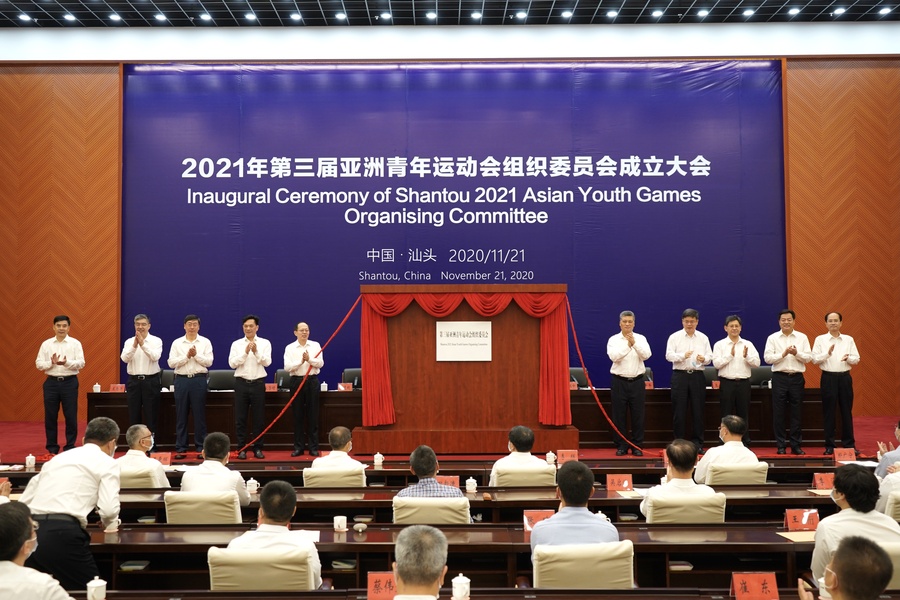