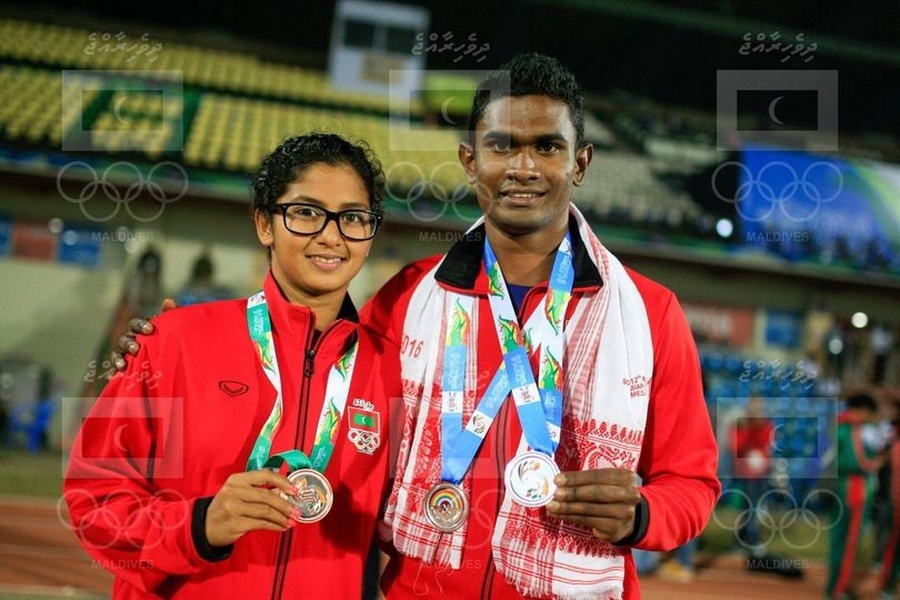 Male, Maldives, November 13, 2020: Sprinter Hassan Saaid and swimmer Aminath Shajan have been elected into the Athletes’ Commission of the Maldives Olympic Committee.

The pair will represent the Athletes’ Commission at the next Annual General Assembly of the Maldives Olympic Committee.

Saaid won Maldives its first-ever gold medal at the South Asian Games when he won the blue riband men’s 100m final at the 2019 showpiece in Kathmandu and Pokhara.

Swimmer Shajan is a two-time Olympian having competed at the 2012 London Olympics and 2016 Rio Games. She is the first individual swimmer to win an international medal for Maldives, winning bronze in the women’s 800m freestyle at the 2016 South Asian Games in Guhawati, India.