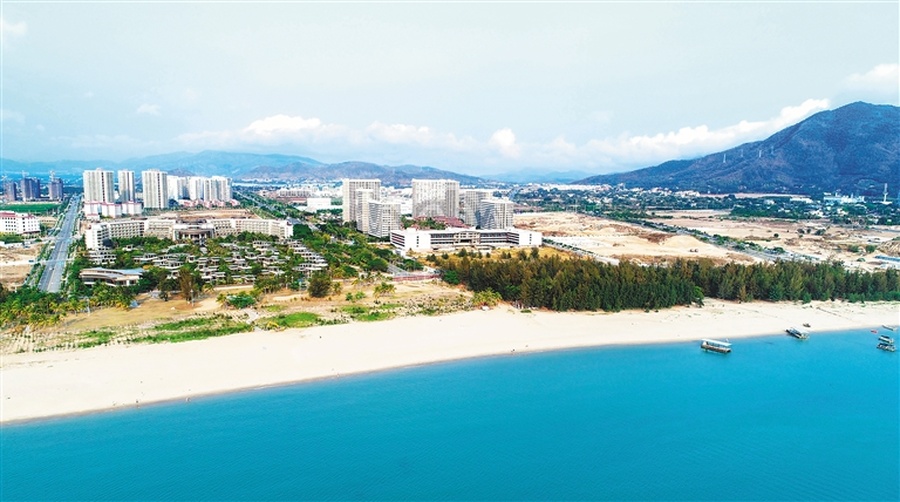 The Anhui team, which has many national team players, with an average age of 22, won the match easily with their height and experience; on the other hand, the national team players are around 16 years old and it is their first time to participate in a beach handball match.

"The players were temporarily selected from the indoor handball team; they played better than I expected," said Shang Xi, coach of the national beach handball team.

"The resistance on the beach is much greater than on the indoor floor and it's very tiring after a match," said Ci Haihui, a young player of the team.

Cheng Qiao, deputy secretary general of the Chinese Handball Association, said beach handball was entertaining for the audience due to the acrobatic shooting skills such as the 360-degree twist in the air in pursuit of two points.

The Sanya Beach Handball Invitational Tournament will conclude this Friday, with the men's and women's team titles on offer.

Beach handball will be one of 16 sports at the OCA’s sixth Asian Beach Games in Sanya – a tourist resort city on tropical Hainan Island – from April 2-10, 2021. There will be 18 disciplines and 82 events.