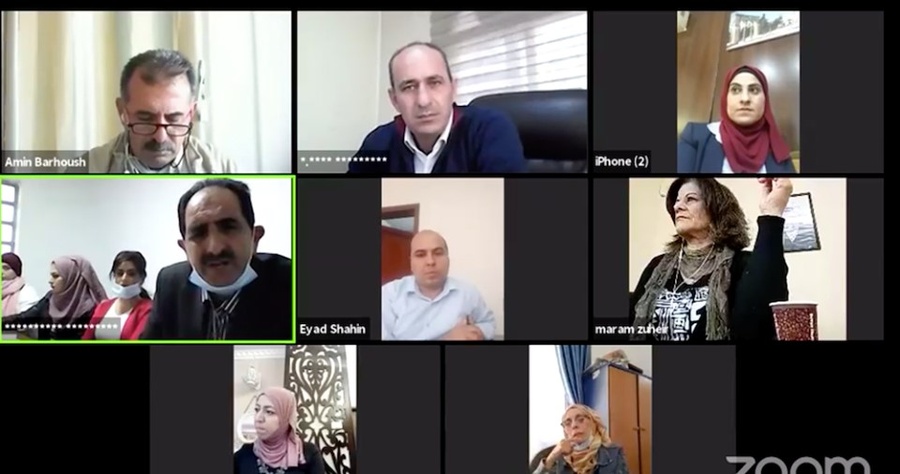 Ramallah, Palestine, November 11, 2020: The National Olympic Committee of Palestine in collaboration with the Palestine Olympic Academy held a workshop on Tuesday, November 10, on the importance of women’s participation in leadership positions of national sports federations and the NOC.

In his welcoming address, Vice President Al-Majdalawi affirmed that Palestinian women are essential partners for men in the sports field.

Al-Majdalwai stressed the importance the Palestine NOC has played to empower women in the development of sports. He said this move has been led by the NOC President, Maj. Gen. Jibril Rajoub, for more than a decade so that women could take leadership positions in the national sporting system.

Secretary General Hajjah encouraged women to apply and run for leadership positions in sports associations so that they could become genuine partners in sports life. He called on the Palestinian Sports Associations to involve women in the top rung and to invest in them.

Hajjah also called for women to run for elections at the next NOC session, noting that their presence would be a boost to the country's sporting system. He pointed to the involvement of women in the International Olympic Committee as an example.

The workshop discussed ways to get women more involved in sports administration, and addressed the challenges they faced and how to overcome them.