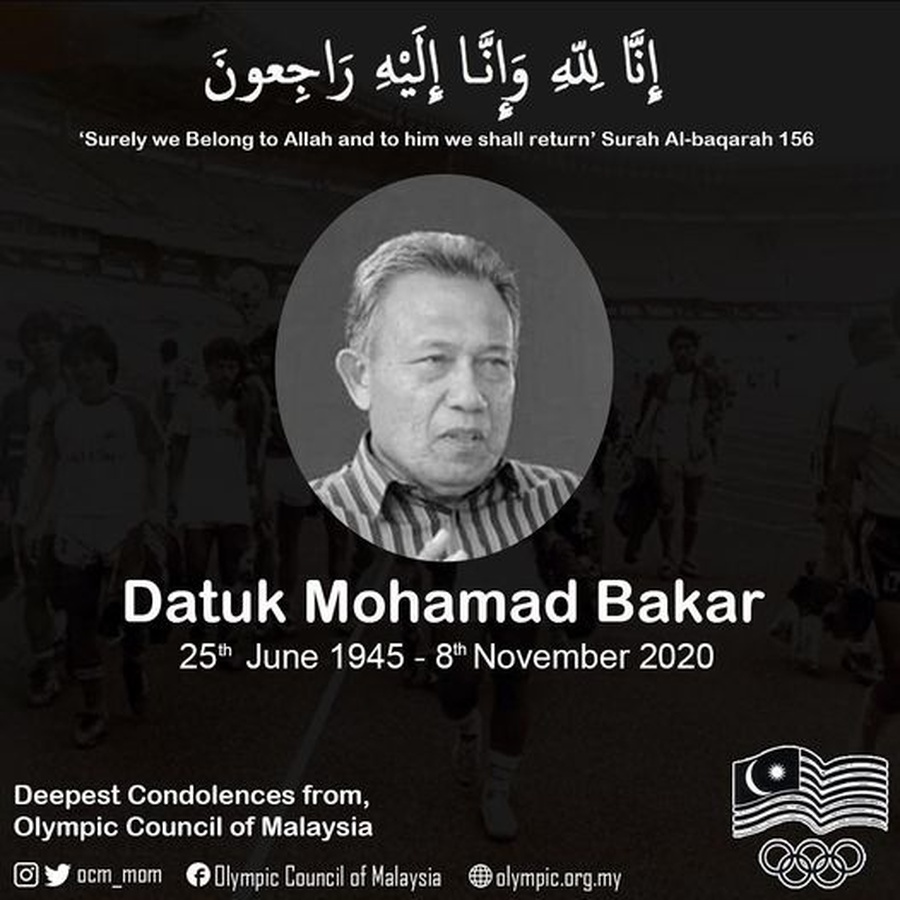 Kuala Lumpur, Malaysia, November 9, 2020: The Olympic Council of Malaysia is mourning the loss of two members of the Olympic sports community.

“The Olympic Council of Malaysia sends its condolences to the family of Malaysia’s football legend, Datuk Mohamad Bakar, who passed away peacefully earlier today (8 November 2020),” said a post on the OCM Facebook page.

“The late Datuk Mohamad Bakar will always be remembered for his glory in football especially when he was part of the Malaysian team in the men’s tournament at the 1972 Olympics in Munich.”

In an earlier post, the OCM paid tribute to dance sport founder Madam Chin Chooi Ying, who passed away on Friday, November 6 at the age of 70.

“The President, Executive Board and Management of OCM wish to express their deepest condolences to the family of the late Madam CY Chin,” said the OCM.

“The late CY Chin was the founding President of the Malaysian DanceSport Berhad (MDSB). She was also the person who had initiated the formation of the MDSB as well as the affiliation of MDSB with the OCM in 2001.

“She had contributed tremendously towards the development of the sport of DanceSport in Malaysia over the past two decades.

“The demise of CY Chin is a great loss to the DanceSport fraternity in Malaysia.” 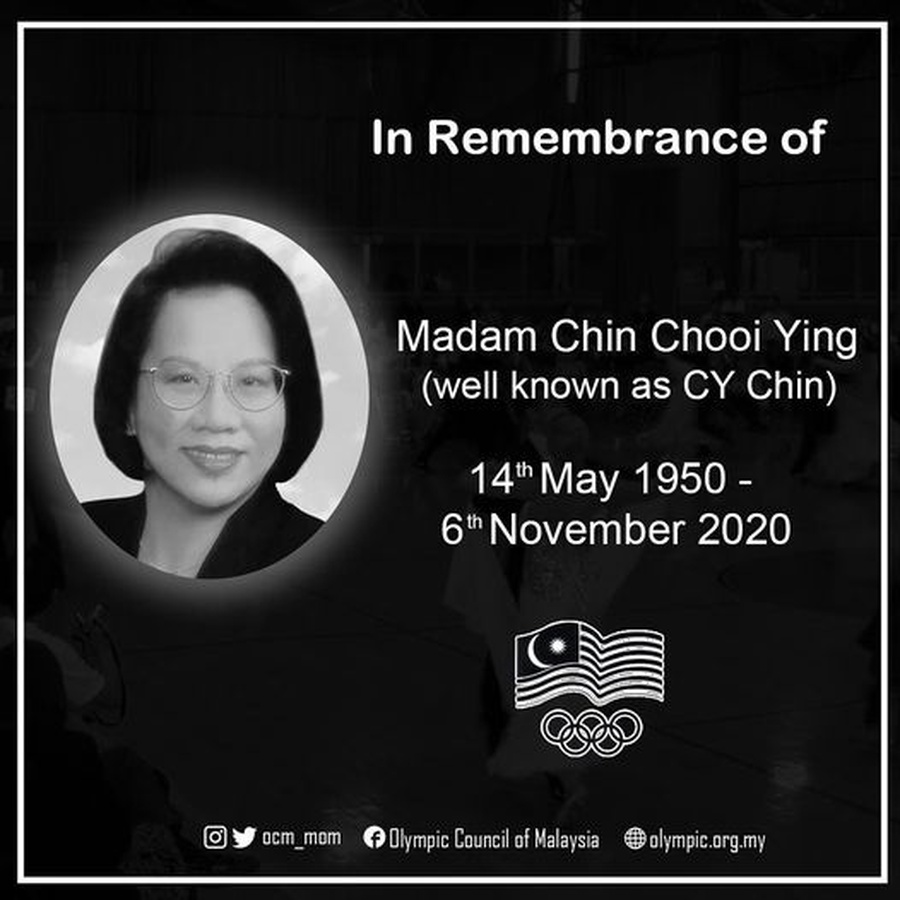