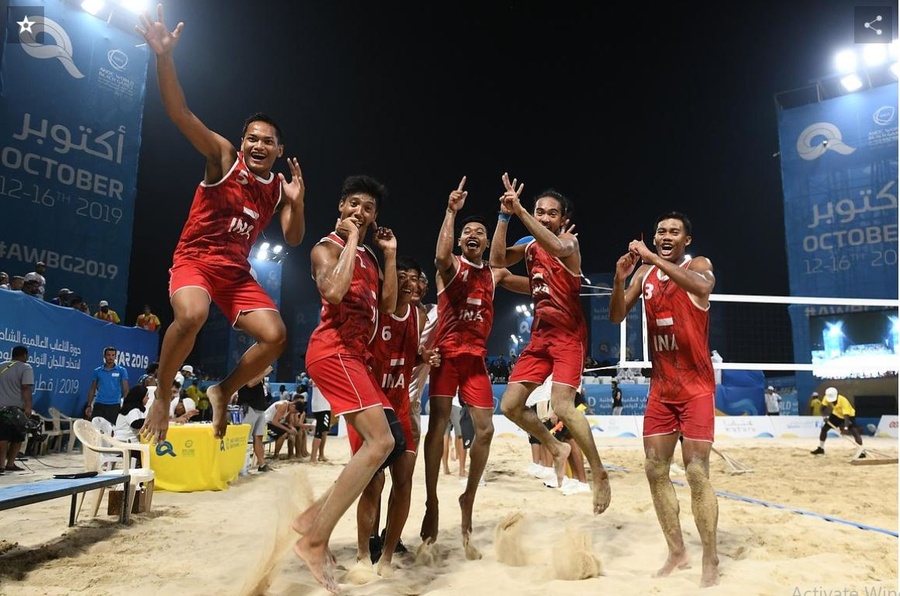 Doha, Qatar, October 18, 2019: The Life Vice President of the Olympic Council of Asia, Raja Randhir Singh, said the OCA was “proud and happy” with the part played by Asia in the rise of the beach games concept.

Speaking on the second morning of the 24th ANOC General Assembly at the Doha Sheraton on Friday, Raja Randhir told the delegates that the OCA held the first Asian Beach Games at Bali, Indonesia in 2008.

“Now, the first ANOC World Beach Games has taken place in Asia,” said Raja Randhir. “The credit goes to the Qatar Olympic Committee. In four months to host these games is an amazing feat.

“I thank the leadership of ANOC for holding such a wonderful Games.”

The first ANOC WBG was due to be held in San Diego, California, but a lack of funds resulted in ANOC seeking a new host city in May. Qatar stepped in the following month and hosted the event from October 12-16 with 1,237 athletes from 97 National Olympic Committees, including 21 from Asia.

He added that it would not have been possible without the support of the Emir of Qatar, His Highness Sheikh Tamim bin Hamad Al-Thani, and the President of the Qatar Olympic Committee, His Excellency Sheikh Joaan bin Hamad Al-Thani.

Technical Director Haider Farman thanked the San Diego organisers for their understanding in moving the Games, and also praised the quick decision-making and cooperation of the International Federations which had led to a “great games and very successful.”

He also praised the role of host broadcaster Al Kass TV with four channels offering live broadcasting and live streaming through the Olympic Channel and also through the International Federations involved.

ANOC Secretary General Gunilla Lindberg said that Oman had also shown interest in taking over from San Diego at short notice with a “fantastic” plan and hoped they would come back in the future.

The aim of this event, she added, was to stage a young, vibrant, low-cost, low-budget beach games – “simple, fun and no extravagance” – which all 206 National Olympic Committees had the capability to host, and Qatar 2019 had passed this test with flying colours.