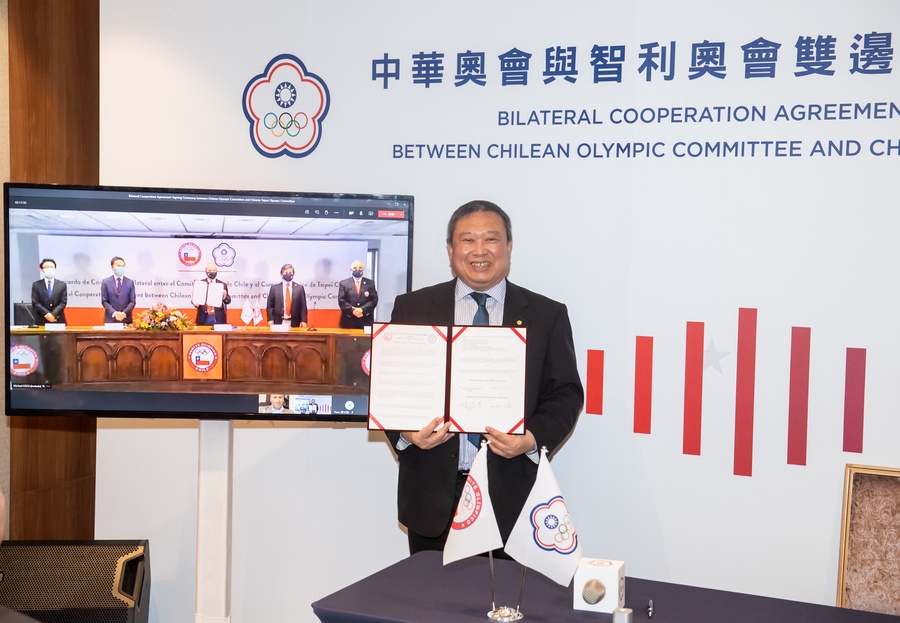 The ceremony was witnessed by Mr. Agustín Alejandro Cases Nardocci, Director of the Chilean Trade Office in Taiwan; Mr. Alexander Tah-Ray Yui, Director-General, Department of Latin American and Caribbean Affairs of the Ministry of Foreign Affairs; Ms. Maggie Hsu, Director of International and Cross-Strait Sport Division of the Sports Administration, and other distinguished guests from the Chilean Olympic Committee side.

CTOC President Hong-Dow Lin said: “Despite the impact of the COVID-19 pandemic, CTOC still dedicates to strengthening our relationship with our NOC counterparts and the Olympic Family.”

COC President Mujica Brain also expressed hope that the inking of the bilateral cooperation agreement would take the relationship between the two NOCs to new heights through future sports exchanges.

Utilizing the online platform, CTOC has implemented the 2020 International Spots Affairs Training Course in August this year, inviting more than 120 staff members from NOCs around the globe.

With the success of the bilateral cooperation agreement with the Chilean Olympic Committee, CTOC strives to initiate more sports exchanges and sustain unity within the Olympic Family despite the pandemic. 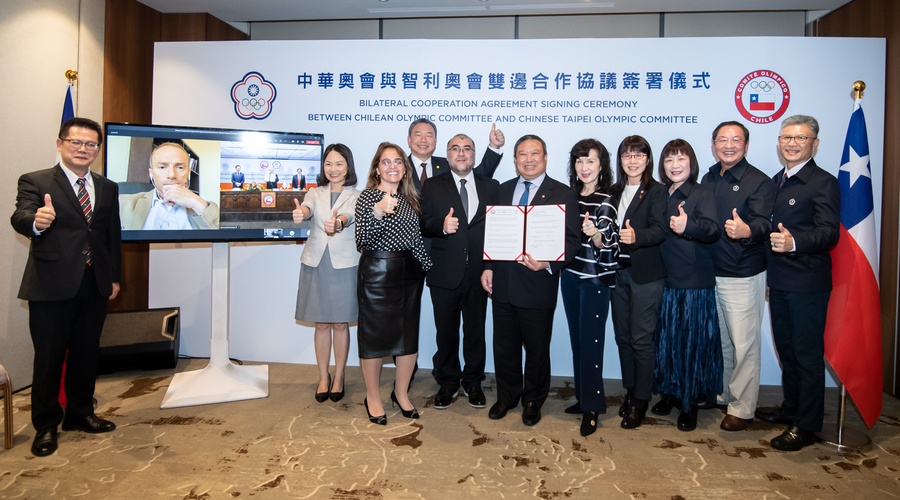