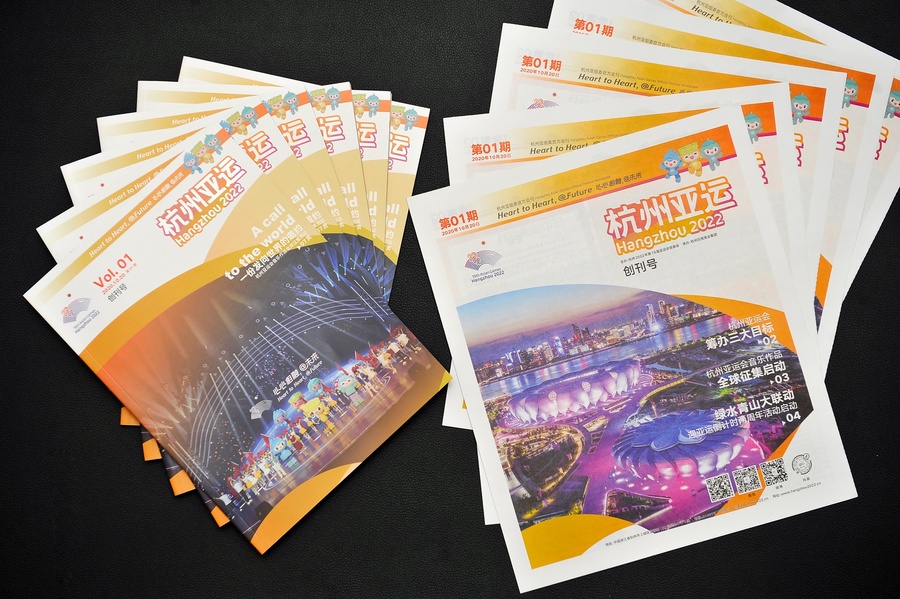 HAGOC held an inauguration ceremony for the official journal and magazine of the 19th Asian Games, which will take place in Hangzhou, capital of Zhejiang province in eastern China, from September 10-25, 2022.

The publication of the official journal has received warm support from all over the world, with the President of the Olympic Council of Asia, HE Sheikh Ahmad Al-Fahad Al-Sabah, sending a letter of congratulations.

The official journal, sponsored by HAGOC, is printed in full colour with illustrations and bilingual text in Chinese and English.

The layout design conforms to the design style of international mainstream media and with distinctive Hangzhou Asian Games characteristics.

Volume One of Hangzhou 2022 is dated October 20, 2020 and has the headline “A call to the world”. It also includes the Asian Games emblem and slogan on the front cover.