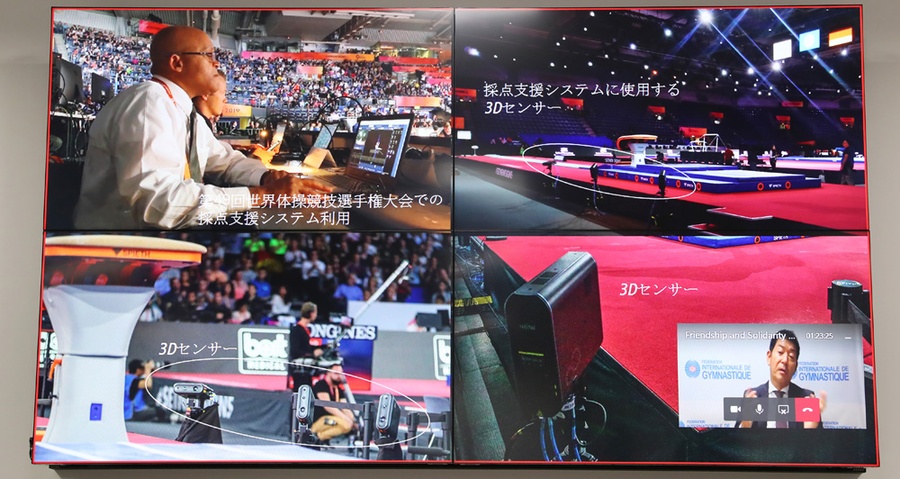 Tokyo, Japan, October 21, 2020: As part of the return to international competition, the International Gymnastics Federation (FIG) will hold a unique artistic gymnastics event to bring together some of the world’s best athletes in Tokyo on Sunday, November 8.

This FIG official international event, hosted by the Japanese Gymnastics Association at the Yoyogi 1st Gymnasium, is unprecedented in several respects. The competition will see two teams compete, and the names of the teams – Team Friendship and Team Solidarity – make the message clear: Friendship and Solidarity shall triumph above all.

“This is a competition of hope. Friendship and solidarity will lead us towards better days,” said FIG President Morinari Watanabe.

“Gymnastics will once again light up the Olympic Games in Japan next year. After a challenging period, we are delighted to bring Gymnastics back to the Japanese public by welcoming many of our stars to Tokyo and giving them the chance for an innovative competition on a global stage,” he added.

Each team is made up of eight female and eight male athletes. These gymnasts either come from China, Russia, the United States and Japan, or are training in Japan, but their nationality does not matter. The teams’ composition is balanced in gender as well as in national representation.

A very strict medical protocol has been specially set up, and the number of spectators will be limited to 2,000.

The event will also offer a new opportunity to show the huge potential of artificial intelligence to reinforce the fairness of judging in Gymnastics. The Judging Support System developed by Fujitsu Limited will be used as an additional tool to confirm difficulty scores on the Vault, one year after its first official use in an FIG competition at the 2019 World Championships in Stuttgart (GER).