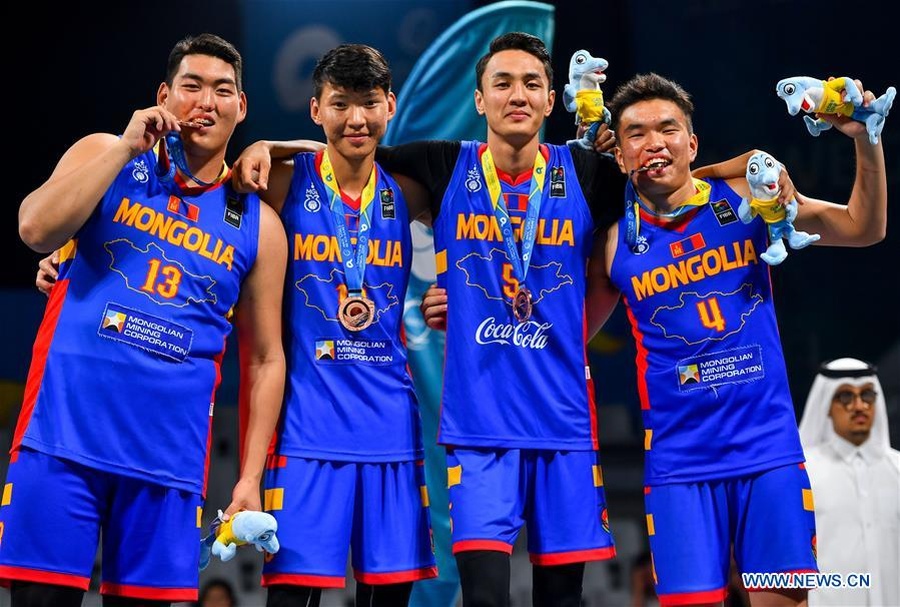 The action was fast and furious as the teams put on a fantastic sporting show for the spectators around the packed stadiums.

This first World Beach Games, with over 1,200 athletes from 97 countries and regions, has been an outstanding success – and future hosts will find it hard to beat this high benchmark set by Qatar 2019.

*Host nation Qatar had to settle for the silver medal in the men’s 4x4 beach volleyball after losing a blockbuster championship game to the United States 2-0 (21-18, 26-24).

Despite this overwhelming support for the host team, the Americans retained their focus and determination in this electric atmosphere to clinch a well-deserved gold medal.

*Indonesia, where the Asian Beach Games began in 2008 in Bali, notched a famous victory over Poland in the play-off for the men’s 4x4 volleyball bronze medal.

The Indonesians won the first set 21-13 and Poland took the second 21-19 to force a tiebreak set which the South East Asian nation won 15-11 to claim a place on the podium. Rendy Licardo led the Indonesian scoring with 17 spikes and two blocks.

*In men’s beach soccer, Iran showed tremendous composure in the heat of a penalty shootout with Italy to win the bronze medal.

Iran led 2-0 at the end of the first period but did not score again until the third period when they came back from 4-2 and 5-3 down to draw 5-5 and force extra time.

The tiring teams could not be separated in extra time, so the bronze medal would go to the winners of a penalty shootout with three kicks per team.

Iran were perfect in the shootout, netting all three shots by Mohammad Ahmadzadeh, Amir Akbari Fartkhouni and the decisive kick from Mostafa Kianiharchegani to make it 3-1 and spark wild celebrations on the sand and in the stand.

*In men’s beach handball, Sweden came back from one set down to beat Qatar in a shootout for the bronze medal.

Qatar won the first set 16-10 but the Swedes fought back well in the second period and raced ahead 21-16 to make it 1-1 and force a shootout.

A fine save by Martin Kaeck from Qatar’s Sid Kenaoui opened the door for Erik Stig Wessberg to score the winning goal for 9-6.

*In 3x3 basketball, China took the women’s bronze by beating Brazil 17-13 and Mongolia won the men’s bronze thanks to a 20-16 victory over Ukraine.