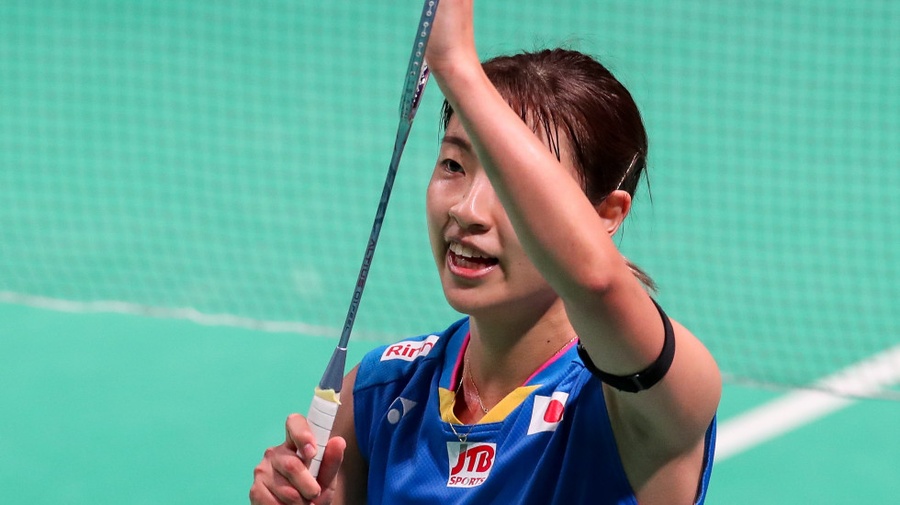 Odense, Denmark, October 18, 2020: Japan’s Nozomi Okuhara gave badminton a huge boost back in her home country in the build-up to Tokyo 2020 by winning the DANISA Denmark Open 2020 crown on Sunday.

After seven previous finals without success on the HSBC Badminton World Federation World Tour, Okuhara claimed her first title since November 2018 by beating the Rio 2016 Olympic champion Carolina Marin of Spain in the final.

Okuhara, whose last title triumph was the Hong Kong Open in 2018, capitalised on her own speedy retrievals and a slew of uncharacteristic errors from her opponent to come away victor at 21-19, 21-17.

Marin had one of her rare off-days – brilliant at times, error-prone at others. The Spaniard made several outrageous winners but, on too many occasions, her finishing shot went wide or into the net.

Okuhara, who had fallen in last year’s Denmark Open final to current World No. 1 Tai Tzu Ying of Chinese Taipei, was delighted at reversing a sequence of finals losses.

“I’m happy! Long time no see for a title!” said the champion.

“Compared to other opponents, Marin is faster and has a harder attack. I was focused on defence and footwork, and my feet moved very well today. Overall the match went well for me.”

Despite her off-key notes, Marin, true to style, stayed stubbornly in the contest. Okuhara was at her defensive best, running down impossible shots and keeping the pressure on Marin. The Spaniard lost the first after a net error, and her level noticeably dipped in the second, falling behind after 10-all.