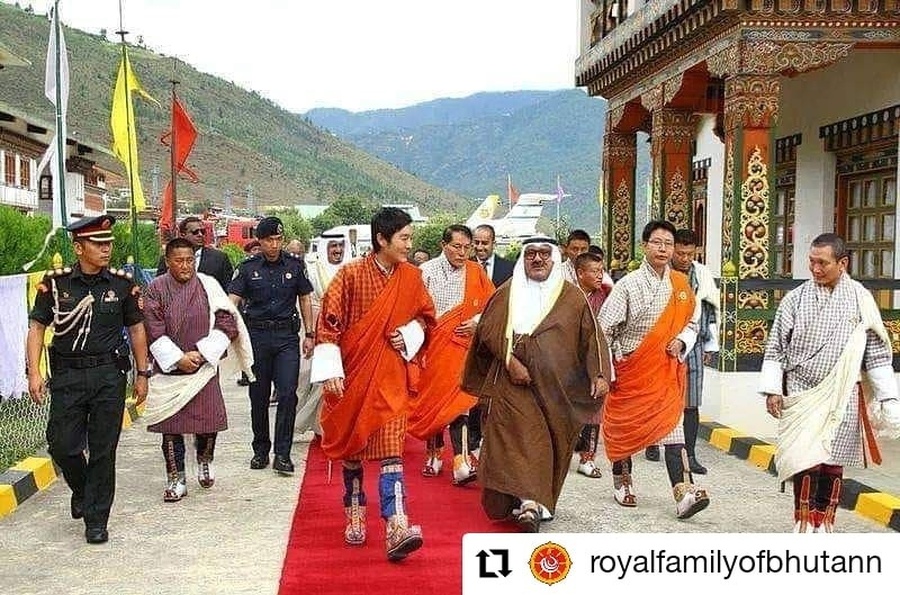 Thimphu, Bhutan, October 18, 2020: His Royal Highness Prince Jigyel Ugyen Wangchuck is making a three-day official visit to Kuwait as the Special Envoy to His Majesty, The King, from October 18-20 to offer condolences to the people of Kuwait on the passing of His Highness Sheikh Sabah Al-Ahmad Al-Jaber Al-Sabah, the late Emir of the State of Kuwait.

HRH Prince Jigyel is accompanied by Lyonpo Tandi Dorji, Minister for Foreign Affairs, and other senior officials of the Royal Government.

During the visit, Prince Jigyel and the delegation will be granted audiences by the Emir and Crown Prince of Kuwait. The delegation will also meet the Prime Minister, the Minister of Foreign Affairs and the Vice Chairman of the Supreme Council for Planning and Development.

In addition, following the endorsement by the National Assembly of Kuwait, His Highness Sheikh Mishaal, the Deputy Chief of the Kuwait National Guard, was sworn in as Crown Prince of Kuwait on October 7.

Diplomatic relations between Kuwait and Bhutan were established on May 23, 1983. The two countries enjoy warm and cordial relations based on mutual trust, respect and goodwill.