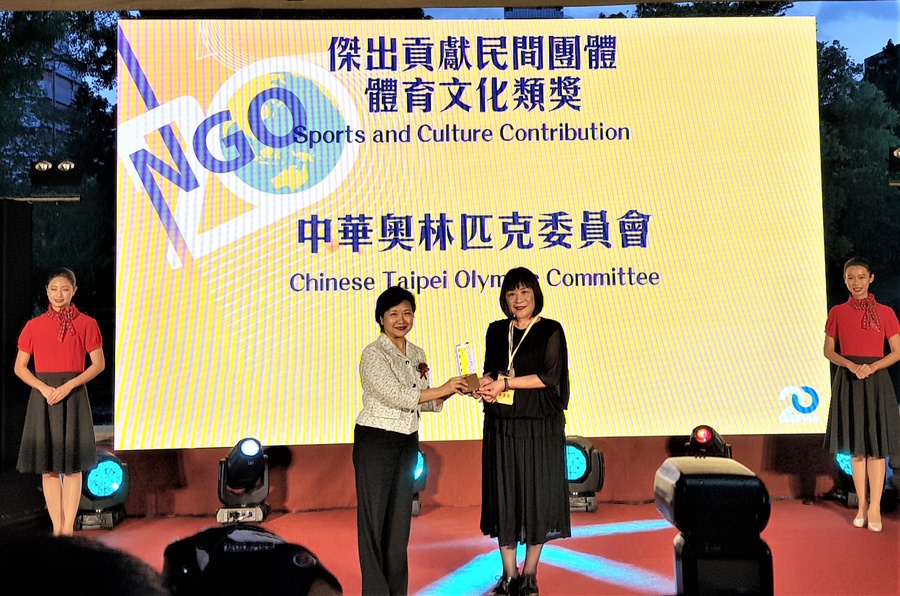 Taipei, October 16, 2020: The Chinese Taipei Olympic Committee has received the Outstanding Contribution Award granted to NGOs based in Taiwan in recognition of significant contributions to the world under the following six categories: Public Policy, Medicine and Health Care, Humanitarian Aid, Social Welfare, Environmental Sustainability and Sports and Culture.

The award was presented at the 20th anniversary celebration of the Department of NGO International Affairs, Ministry of Foreign Affairs. Mr. Hong-Dow Lin, President of CTOC, sent a recorded video message to thank the Department for the award and for the constant cooperation from the Ministry.

The award represents recognition of this NOC’s efforts in promoting and implementing the Olympic education and values, gender equality in sport, charity campaigns and international sports exchanges over the past decades.