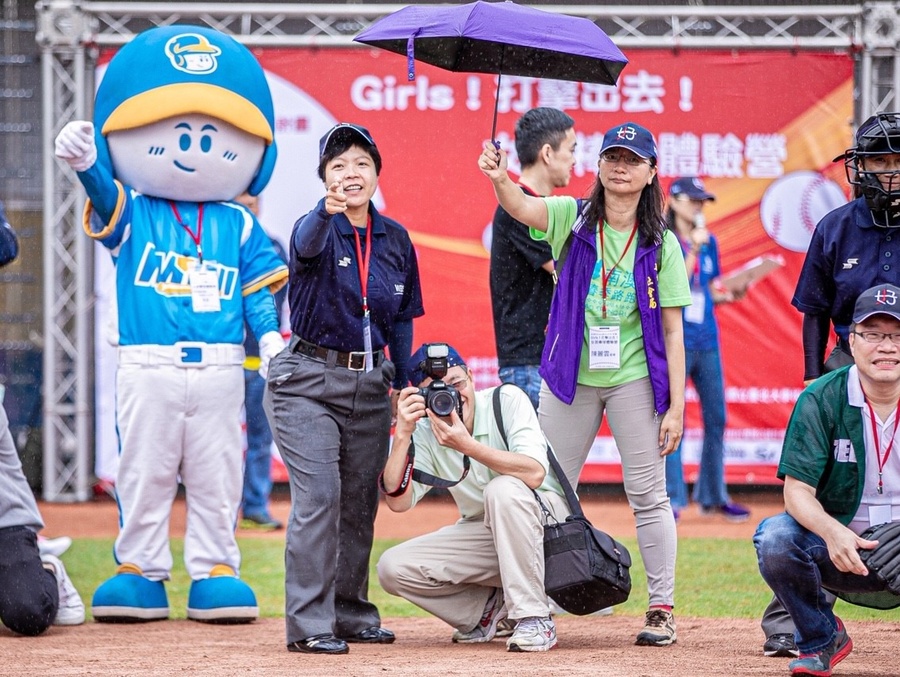 The camp, honouring the United Nations’ International Day of the Girl, brought young girls together to experience the fun of playing baseball and the teachings/values of being part of a team.

The Deputy Mayor of New Taipei City, Hsieh Cheng-Ta, supported Po Chun Liu in encouraging the 75 girls to break the barrier of the gender stereotypes and to pursue the direction they want to follow in their lives.

Observed annually on October 11, the UN's International Day of the Girl Child was established through Resolution 66/170 of the United Nations General Assembly on December 19, 2011 to recognize the unique challenges girls face around the world.

Po Chun Liu, a certified WBSC umpire for Women's Baseball, was awarded the International Olympic Committee Women and Sport World Trophy in 2019 for her pioneering spirit and determination.

Liu, known as the “Mother of Women’s Baseball” in Chinese Taipei, made her World Cup debut as an umpire at the WBSC Women’s Baseball World Cup 2010 in Maracay, Venezuela, and was featured on Forbes’ 2018 list of the Most Powerful Women in International Sports.

"It's not about winning or losing or golden medals, it’s about helping people get a better life through sports,” she said.