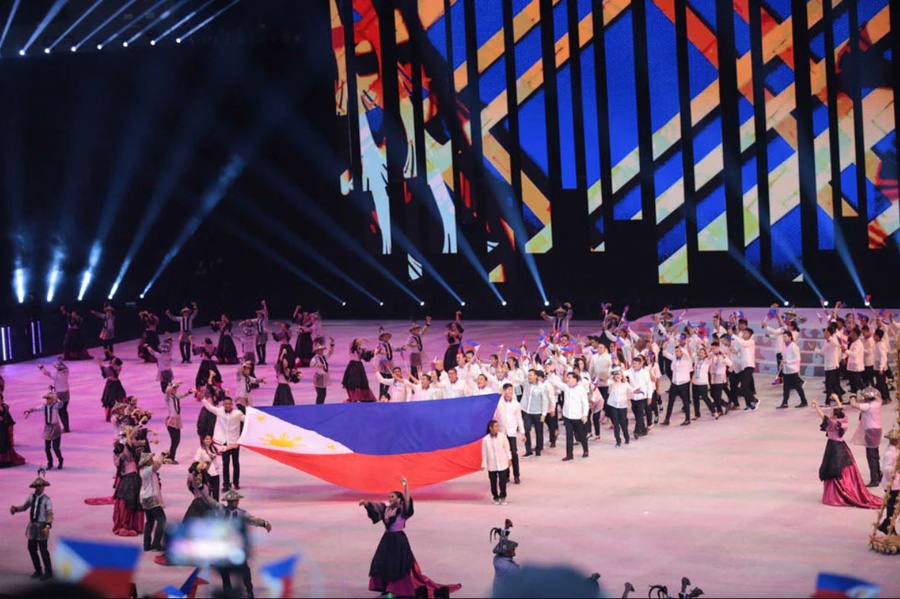 The Philippines delegation at the 30th SEA Games in 2019. © ABS-CBN News

Manila, Philippines, October 16, 2020: Philippine Olympic Committee President Abraham "Bambol" Tolentino has expressed his gratitude to the organising committee of the 2021 Vietnam Southeast Asian Games for including four more sports in the programme.

Jujitsu, triathlon and e-sports -- which the Philippines mined for several gold medals at home in the 2019 SEA Games -- together with bowling will be part of the 40 sports for next year's SEA Games, reports ABS-CBN News.

"I am grateful to the Vietnam Organising Committee for approving our request for the inclusion of these four sports," Tolentino said in a statement.

Jujitsu (five), triathlon (three) and e-sports (three) produced 11 gold medals for the Philippines at home in 2019.

Team Philippines dominated the 30th SEA Games, winning a national record 149 gold medals to secure the overall championship ahead of Vietnam with 98.

The four sports were approved in a recent online meeting. A report from Vietnam noted that triathlon, in particular, has been rising in popularity in the region.

Tolentino said the POC was still lobbying Vietnam organisers to include two more sports that produced several medals for the country last year.

"By God's grace, perhaps sambo and skateboarding will be in next year's SEA Games," he said.