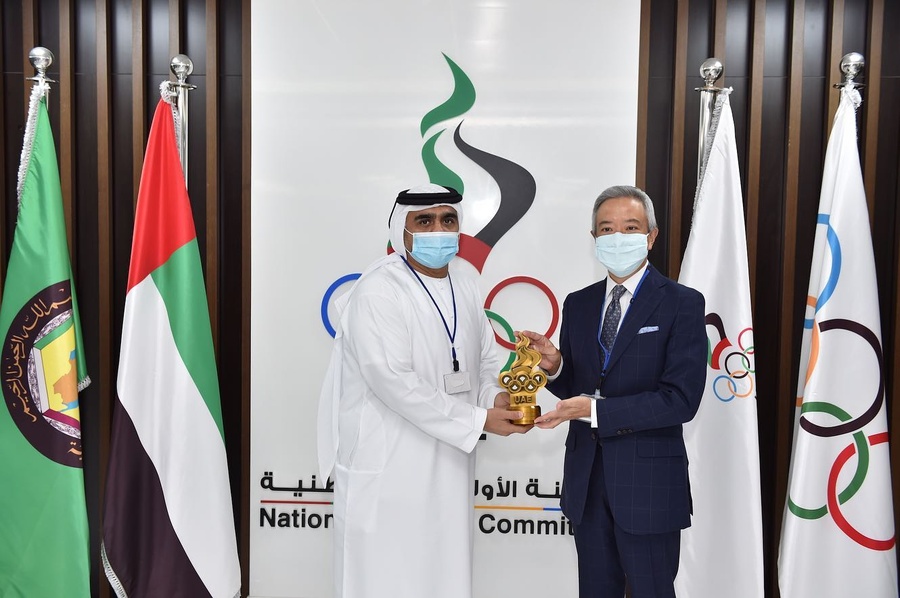 Dubai, United Arab Emirates, October 15, 2020: The Executive Director of the United Arab Emirates National Olympic Committee, Mohammed bin Darwish, received His Excellency Noboru Sekiguchi, the Japanese Consul General in Dubai, and members of the Japanese School to review the design of formal attire and sportswear for the UAE delegation at the Tokyo Olympics next year.

The garments were made of silk and created by students of the Japanese School in Dubai.

The reception took place at the UAE NOC HQ in Dubai on Tuesday, October 13 and celebrated the innovative project presented by the students.

The Japanese Consul General emphasized his keenness to enhance cooperation with the UAE NOC in the field of sports and other areas of interest to strengthen the relationship between the two countries in various sectors.

He also praised the Japanese community in the UAE for coming up with new ideas to contribute to the relationship between the two countries, especially as the Olympic Games in Tokyo draws near.

For his part, Mohammed bin Darwish expressed his pride at the Japanese delegation's visit to the NOC HQ and for activating a fruitful partnership that will lead to further cooperation.

“We are always pleased with such initiatives and strive to extend the bridges of cooperation with everyone - from the vision of His Highness Sheikh Ahmed bin Mohammed bin Rashid Al Maktoum, President of the National Olympic Committee. Such a vision calls for promoting relations and diversifying experiences and knowledge in the interest of our athletes and to realize our goals and objectives,” he said.

The reception concluded with the presentation of certificates of appreciation and commemorative shields to the visiting delegation and a group photo session. 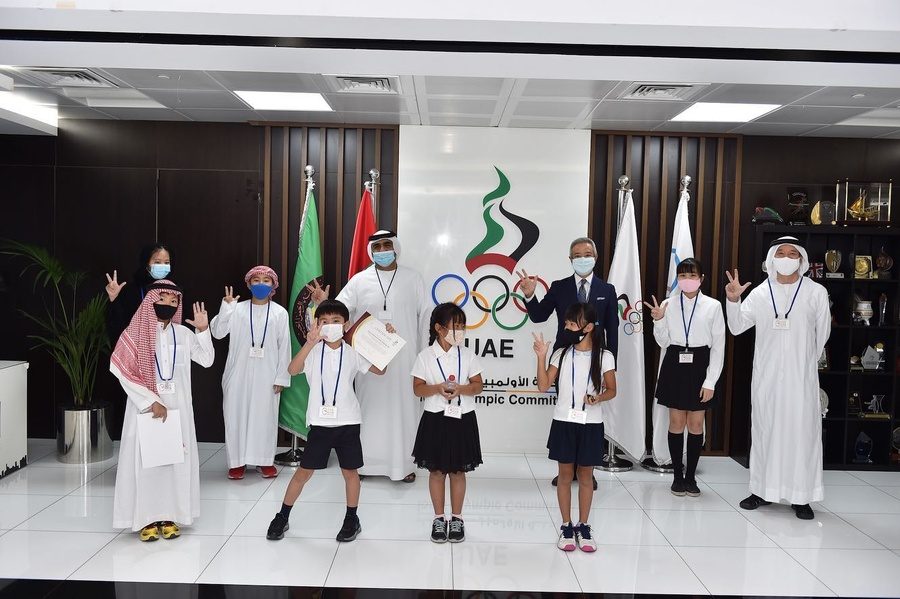