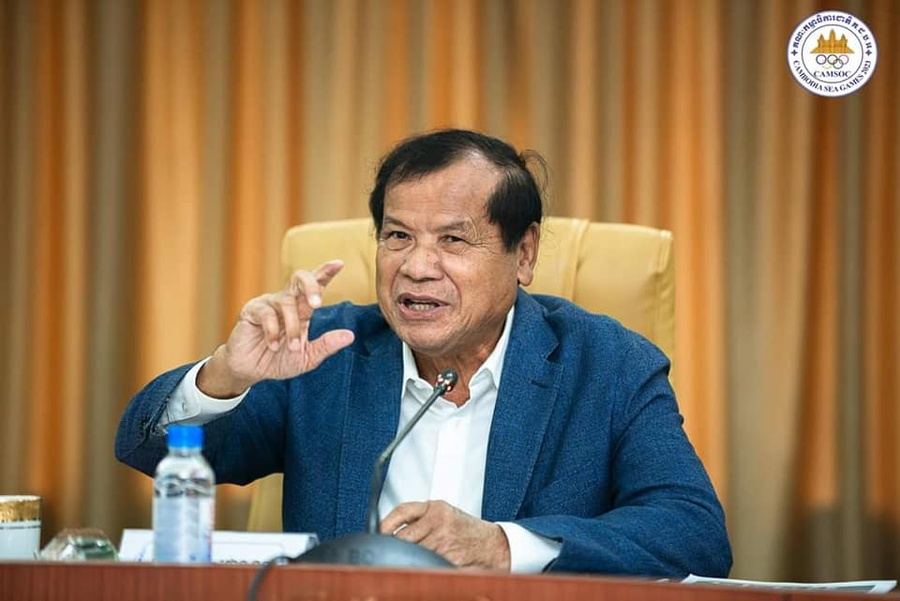 Phnom Penh, Cambodia, October 15, 2020: The President of the National Olympic Committee of Cambodia (NOCC) and the Government Minister for Tourism, His Excellency Dr Thong Khon, presided over a weekly meeting of the Cambodia Southeast Asian Games Organising Committee (CAMSOC) on Tuesday, October 13.

Dr Thong Khon is Vice President of CAMSOC, which is leading the preparations for the 32nd SEA Games and the 12th ASEAN Para Games in 2023.

It will be the first time for the “Kingdom of Wonder” to host the 11-nation regional sports festival since it was launched in 1959.

CAMSOC and NOCC Secretary General Vath Chamroeun stated that, for the opening and closing ceremonies, CAMSOC had formed a committee of experts including the Ministry of Culture and Fine Arts.

Among those taking part in the opening-closing ceremony will be the Royal Cambodian Armed Forces, the Ministry of Culture and Fine Arts and students.

“In this opening and closing ceremony we need to emphasize the great foundations of our cultural civilization, which the Ministry of Culture and Fine Arts is working on in detail,” said Mr Vath.

“We have already prepared and planned the opening and closing ceremony agenda and have signed the work calendar.”

The report has been passed to Samdech Pichey Sena Tea Banh, Deputy Prime Minister, Minister of National Defence and President of CAMSOC, to finalise the calendar in order to monitor and evaluate the progress.

The second part of the agenda focused on the 2023 SEA Games Torch Relay. The plan is to run the relay throughout the Kingdom and also in the other 10 SEA nations to promote the 32nd SEA Games 2023 and return to Cambodia for the opening ceremony at the new Morodok Techo National Stadium in Phnom Penh.