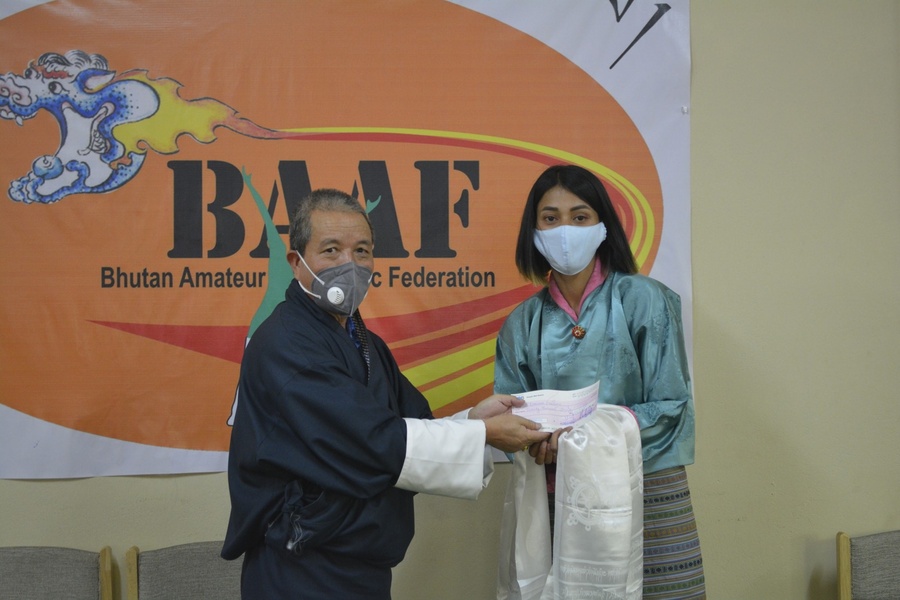 Thimphu, Bhutan, October 15, 2020: His Royal Highness Prince Jigyel Ugyen Wangchuck, President of Bhutan Olympic Committee, awarded a cash incentive to middle-distance runner Goma Pradhan for excelling both on and off the field.

Goma recently secured second position in her first-year exam at the Royal Thimphu College where she is pursuing a Bachelor of Science degree in Nursing and Midwifery under a Bhutan Olympic Committee scholarship programme funded by Japan’s Seisa Group.

On behalf of the President and the BOC, Nim Dorji handed over the cash incentive to Goma at the Bhutan Amateur Athletics Federation office.

“Goma’s achievement proves that it is possible to balance studies and sports, if one is willing to work hard. The Bhutan Olympic Committee hopes to see her achieve more success both in sports and academics,” Nim Dorji said.

“I want to offer my heartfelt gratitude to His Royal Highness, Bhutan Olympic Committee, Seisa Group and the Bhutan Amateur Athletics Federation for supporting me. I do hope to do better in the future and inspire young athletes,” Goma said. 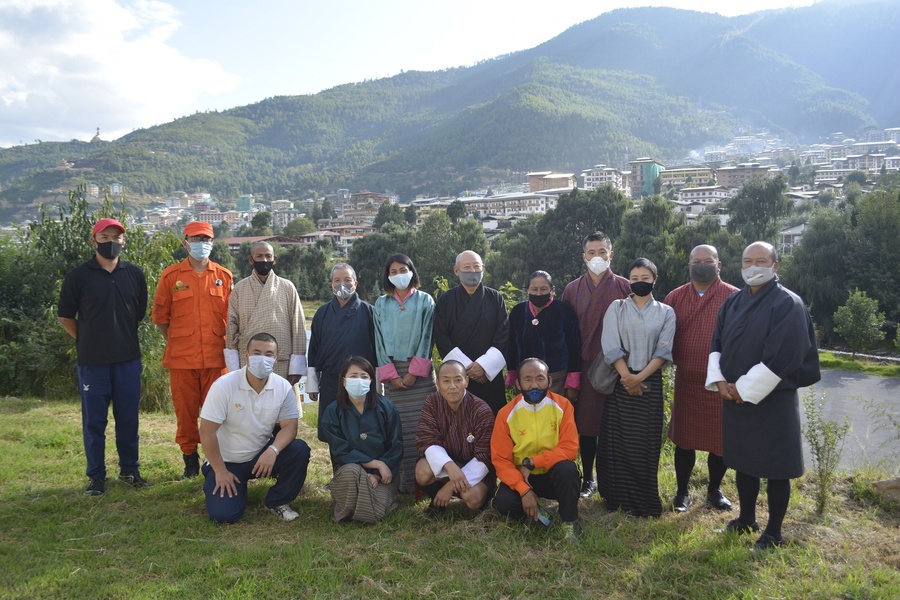