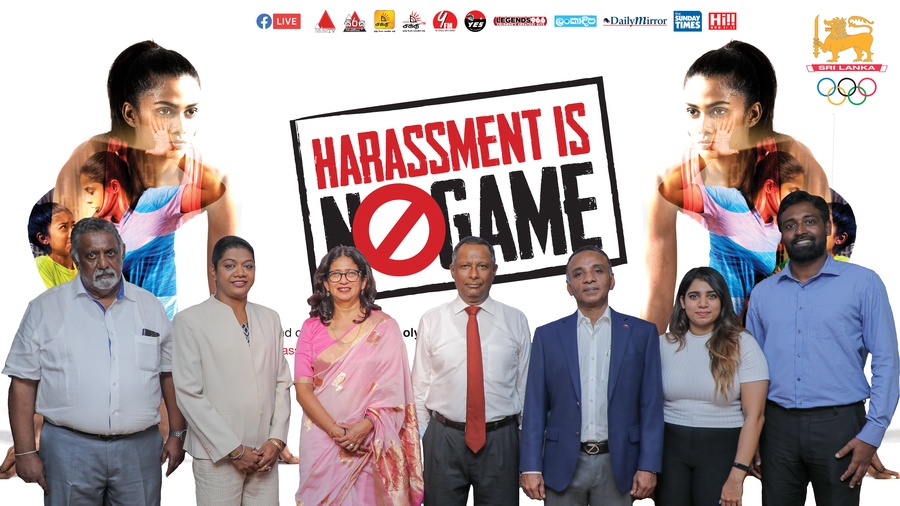 Colombo, Sri Lanka, October 13, 2020: In a proactive bid to eradicate harassment at all levels of the sports arena in the country, the Women’s Committee of the National Olympic Committee of Sri Lanka officially launched its ‘Harassment is No Game’ campaign on October 13 via a Facebook Live Event on its official Facebook page.

The campaign organisers are looking to address all forms of harassment including mental, physical, verbal and sexual abuse to bullying that takes place in the sports community in the country.

Harassment could manifest itself in the form of actions calculated to trigger stress and trauma, demeaning language and behavior, bodily harm, inappropriate use of sharp language, inappropriate touching and comments and unsolicited sexual expressions.

“Our fundamental aim is to eradicate harassment in sports among the athletes across the nation and create a safe space in which athletes can perfect their craft,” said Women’s Committee Chair Niloo Jayatilake.

“The first phase of this campaign will focus on educating all entities involved, including the public. Afterwards, we plan to set up a system that enables whistle-blowers to communicate with a designated unit.

“We are confident that this will trigger a feasible and effective process into establish the authenticity of complaints, understand the facts and work on resolving the issues promptly.”

The committee has set up a special team to investigate reports of harassment and pursue appropriate action immediately.

“Sports should promote a life-enhancing culture where everyone involved enjoys the right to become happy and fulfilled individuals.

“Unfortunately, harassment in the sports world is more prevalent than most people imagine. Hence, we’ve decided to nurture a culture that understands, accepts and takes action to help each and every sportsman and woman.”