As a schoolboy at St. Peter’s College in Colombo in 1958, Weerasena came to prominence on the athletics field in the discus throw. He reigned as national discus champion for 12 years and held the Sri Lankan record from 1964 to 1975.

At the 2016 Presidential Sports Awards ceremony Weerasena won the Lifetime Achievement Award. He received his award in a wheelchair from then President Maithripala Sirisena.

Weerasena said at the time: “It is important to value an individual based on his performances. And his importance must be valued when the individual is living. Not when he is dead and gone. I have not won such an award before. I felt a great gratitude when I got this award from the President himself.”

Weerasena was left bed-ridden for the last decade after suffering a major stroke.

He is survived by his wife Asoka Samarawickrema, a former national netball and hockey player. 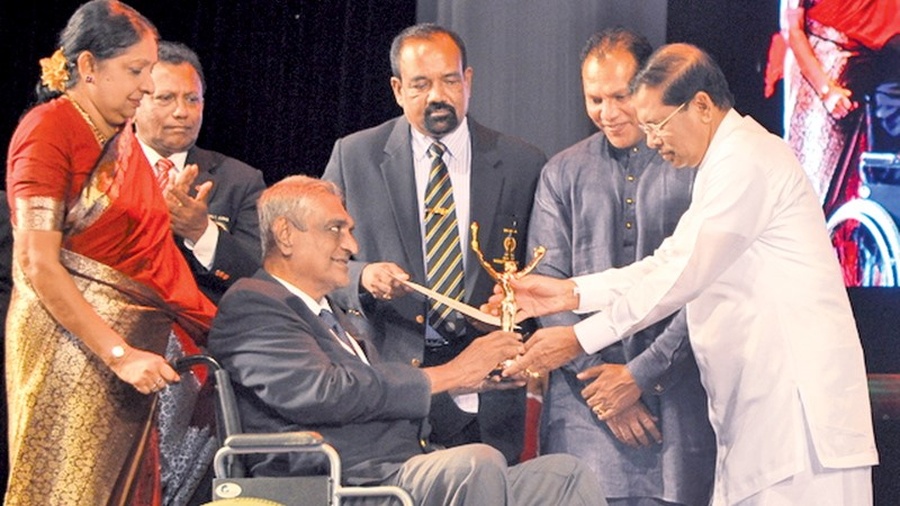