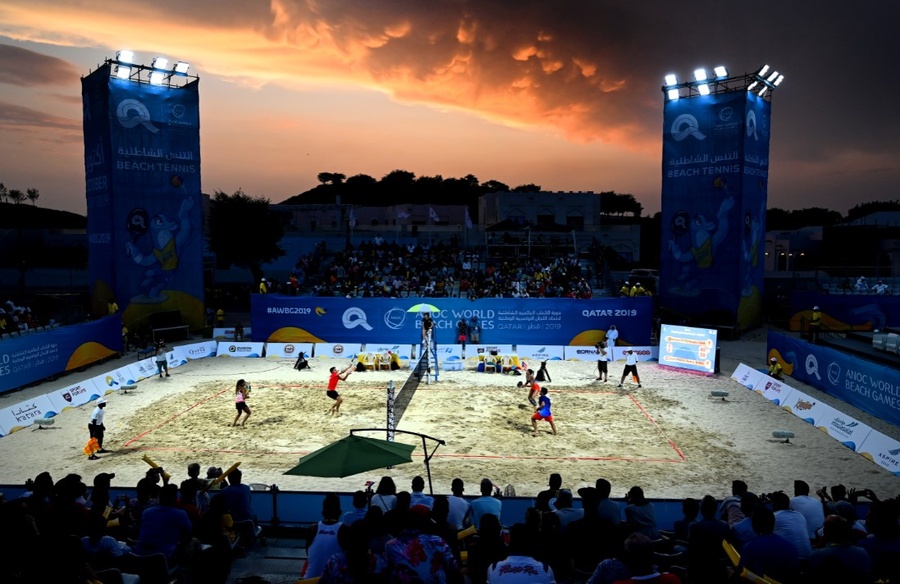 Doha, Qatar, October 12, 2020: The Association of National Olympic Committees is celebrating the one-year anniversary of the ANOC World Beach Games which was held in Doha, Qatar from October 12-16 last year.

On each day that the Games took place, ANOC will post videos and photos across its social media channels and website that showcase the spectacular sports highlights of the Games.

Nearly 1,300 athletes from 97 NOCs competed across 13 sports (14 disciplines) at the inaugural edition of the ANOC World Beach Games, producing breath-taking sporting displays as well as moments of great sportsmanship.

The World Beach Games was a natural follow-on to the OCA's Asian Beach Games which began in Bali in 2008 and proved to be successful with athletes, officials and spectators alike.

The sixth edition of the Asian Beach Games will be staged in Sanya, China from April 2-10, 2021.

Acting ANOC President Robin Mitchell said: “We are greatly looking forward to celebrating the anniversary of the ANOC World Beach Games Qatar 2019 and reliving some of its best moments. A lot has changed in the year since we hosted the Games. But now more than ever it is important to celebrate and promote the inspiring and joyful power of sport. The ANOC World Beach Games is about more than elite competition; it is also a global festival of sport and culture that unites NOCs from all five continents.”

To mark the one-year anniversary of the official opening of the Games on October 12, ANOC published a special highlights video (https://youtu.be/8dcB4qamMuk) which showcases some of the spectacular sporting moments of the five-day festival of beach, water and action sports.

It also includes interviews with athletes, NOCs and International Federations who took part in the event.