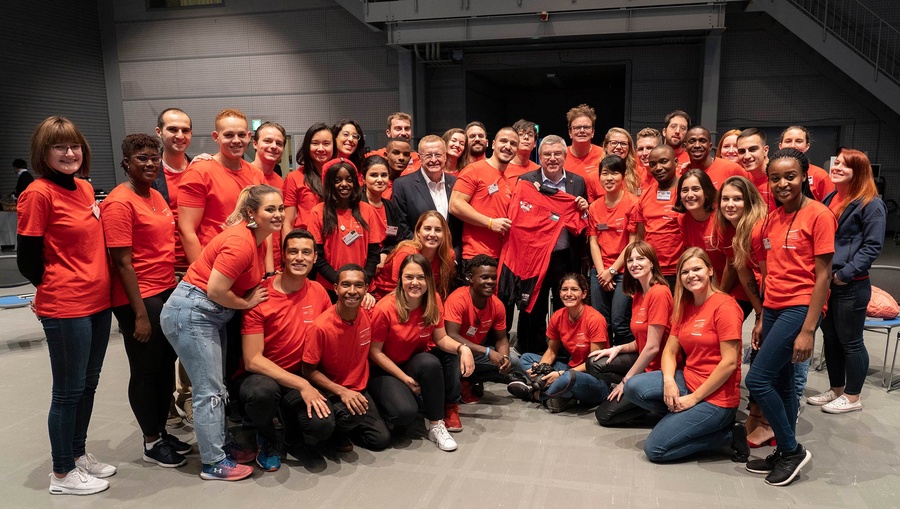 The 55 Young Leaders concluded their year-long initiative with a very touching closing ceremony in which they presented their projects to each other after a discussion with IOC President Thomas Bach.

The IOC President praised their dedication and “enormous sense of community pulling together to support each other given such uncertain times”.

The exchange was marked by many messages of hope and encouragement, with the IOC President offering support to Young Leader Christel Saneh from Lebanon on an initiative to help rebuild sport in Beirut.

He concluded by stating that he was “optimistic for the role you will continue to play as ambassadors of Olympism, worldwide”.

Despite the current pandemic, the IOC Young Leaders have stayed committed to their mission to solve local problems around the world through grassroots sports initiatives and sustainable business models. Spanning 32 territories (21 Europe, 16 Americas, 10 Asia and 8 Africa), they have worked to redesign their original projects in order to adapt to the new restrictions, with 93 per cent of them on course to deliver their projects by the end of 2020.

Additionally, a total of 17 IOC Young Leaders have been appointed as IOC commission members, reinforcing the position of young people in decision-making on the future of sport, and allowing for their voices to be heard.

This last edition of the programme in its present form has seen a considerable increase in engagement, continuing to empower young change-makers to promote the values of Olympism and social change initiatives around the world.

The future development of the programme will see 25 young people aged 18-30 take part, and it has been redesigned from a one-year model to a four-year programme.