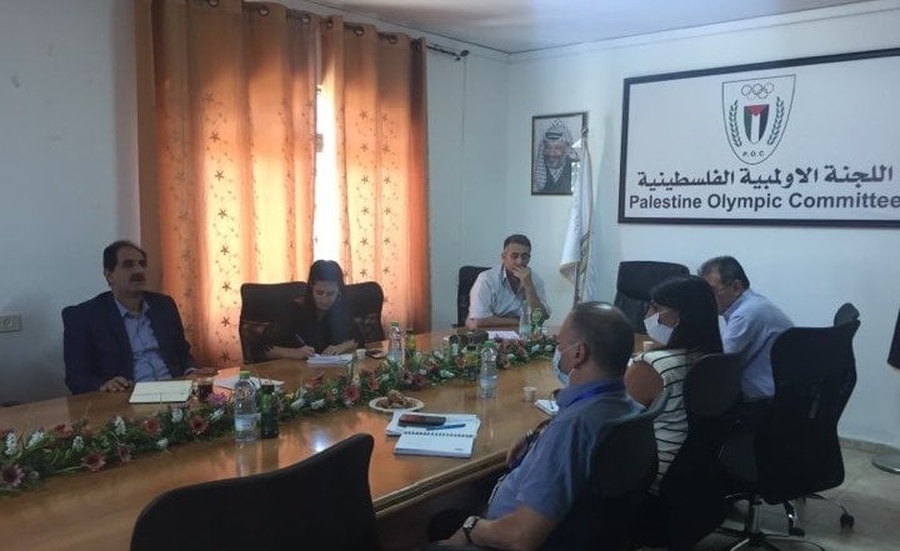 The meeting was attended by several senior personnel in the Olympic sports movement in Palestine and was held to discuss future joint cooperation with the UNDP to serve the Palestinian community.

As well as leading officials from the POC, the Olympic Medical Centre, the international relations department and planning department were also represented.

The Vice President of the POC, Dr Asaad Al-Majdalawi, welcomed all attendees and emphasised that the Palestine Olympic Committee was ready to cooperate with all institutions to serve and spread sports across the Palestinian community.

He also said it was important to build on the partnership with the UNDP following a women’s sports campaign earlier this year.

“The Olympic Committee is the umbrella organisation concerned with the development of Palestinian sports and the supervision of sports associations according to the Olympic Charter,” he said.

“The Olympic Committee is working according to the vision of our President, Major General Jibril Rajoub, to accomplish strategic plans for the next four years in a structured way.”

He pointed out that the Olympic Committee worked to empower women in the administration of sports associations and noted the role of the Olympic Academy in educating and spreading awareness and the development of the staff of federations.

In addition, the newly inaugurated Olympic Medical Center was equipped with the latest equipment to serve Palestinian athletes and the establishment of a Sports Court had been completed to resolve sports issues, he said.

Representing the UNDP, Mr Nader Atta praised the great role played by the Olympic Committee in Palestine and said he was proud of this national institution in uniting the people and delivering special programmes to promote sport and values in the community.