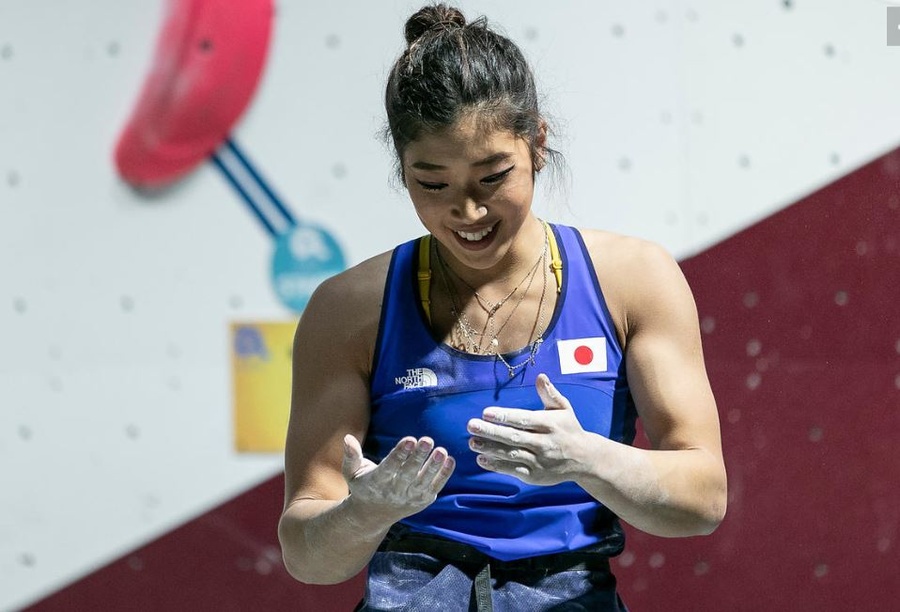 Doha, Qatar, October 14, 2019: Japan's new generation of athletes sent an ominous warning to their rivals ahead of the Tokyo Olympic Games next summer.

On a memorable evening for Japan at the first ANOC World Beach Games on Monday, Japan won three gold medals in two sports that will make an Olympic debut in Tokyo.

In the bouldering discipline of sport climbing, Japan won the women’s and men’s gold medals.

A third gold medal followed in the park discipline of skateboarding. As well as the three gold medals, Japan added two silver medals in men’s bouldering and in women’s park, easing Japan into second place in the medal rankings behind Spain (four gold medals) at the close of play on the fourth day of action.

In sport climbing, Japan’s Miho Nonaka showed her strength and dexterity in winning the gold medal in bouldering at Aspire Zone.

The 22-year-old Japanese athlete conquered all challenges put before her on the boulder wall and left her rivals behind. Nonaka is a three-time World Cup winner and is now the first sport climbing champion of the ANOC WBG.

Petra Klingler of Switzerland won the silver and Slovenia’s Urska Repusic the bronze in an event that always produces gripping excitement.

The Japanese showed their mastery of the sport by winning gold and silver in the men’s bouldering. Kai Harada, 20, and Keita Watabe, 26, clinched a Japanese 1-2 and Germany’s Philipp Martin took the bronze.

Japan continued their golden run on Monday evening by recording another 1-2 finish, this time in the women’s skateboarding park discipline.

Sakura Yosozumi, only 17 and already an Asian Games skateboarding park champion at Palembang, Indonesia in 2018, won gold in convincing style with a score of 38.66.

Kihana Ogawa, 18, earned the silver with 31.31 and Spain’s Julia Benedetti was a distant third for bronze with a score of 24.99.