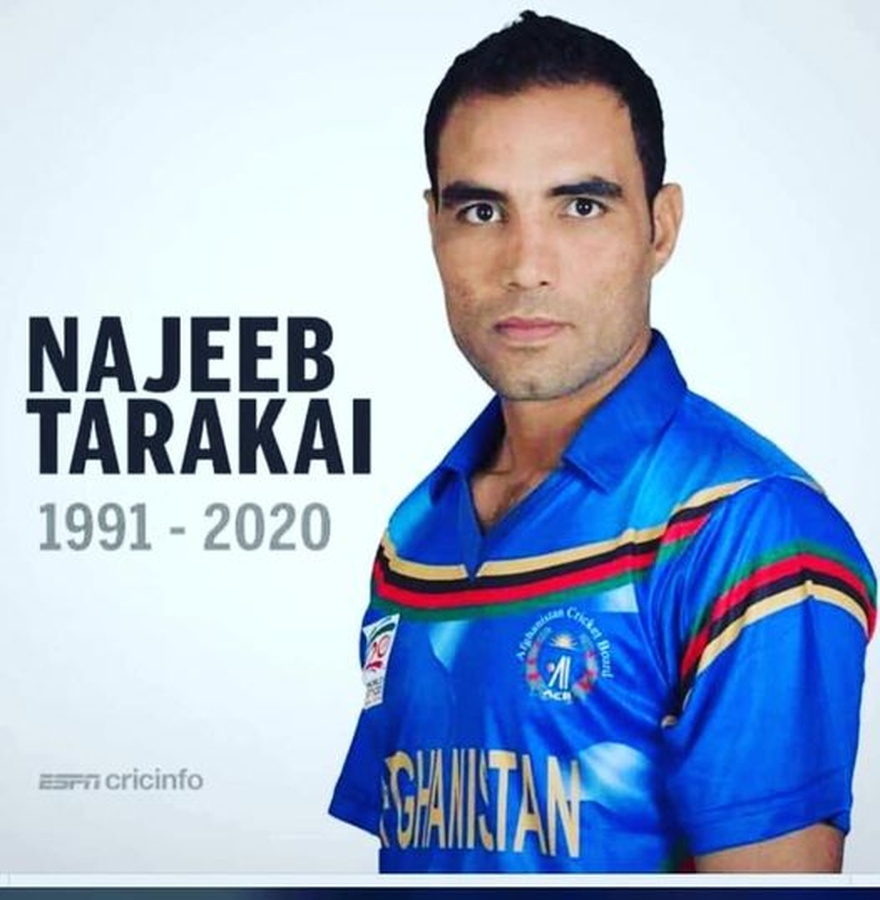 Kabul, Afghanistan, October 7, 2020: The Afghanistan National Olympic Committee is mourning the loss of international cricketer Najeeb Tarakai, who has died of head injuries received in a traffic accident. He was 29.

“The Afghanistan National Olympic Committee expresses deepest condolences on the death of a talented opening batsman and cricket star Najeeb Tarakai (29), who lost his life in a tragic traffic accident,” the NOC said in a Facebook post.

The Afghanistan Cricket Board tweeted: “ACB and Afghanistan Cricket Loving Nation mourns the heart breaking & grievous loss of its aggressive opening batsman & a very fine human being Najeeb Tarakai (29) who lost his life to tragic traffic accident leaving us all shocked! May Allah Shower His Mercy on him.”

Najeeb Tarakai played in 12 Twenty20 International matches and one One Day International, against Ireland in 2017. He made his international debut at the 2014 ICC World Twenty20 tournament in Bangladesh.

In domestic cricket, he scored more than 2,000 runs in first-class matches. He was also part of the Afghan team that won the silver medal in the cricket tournament at the 2014 Asian Games in Incheon, Korea.

On Friday, October 2, Tarakai sustained a severe head injury after being hit by a car while crossing a road in Jalalabad.

He was taken to a nearby hospital in Nangarhar and subsequently underwent surgery while in a coma. He died four days later on Tuesday, October 6.