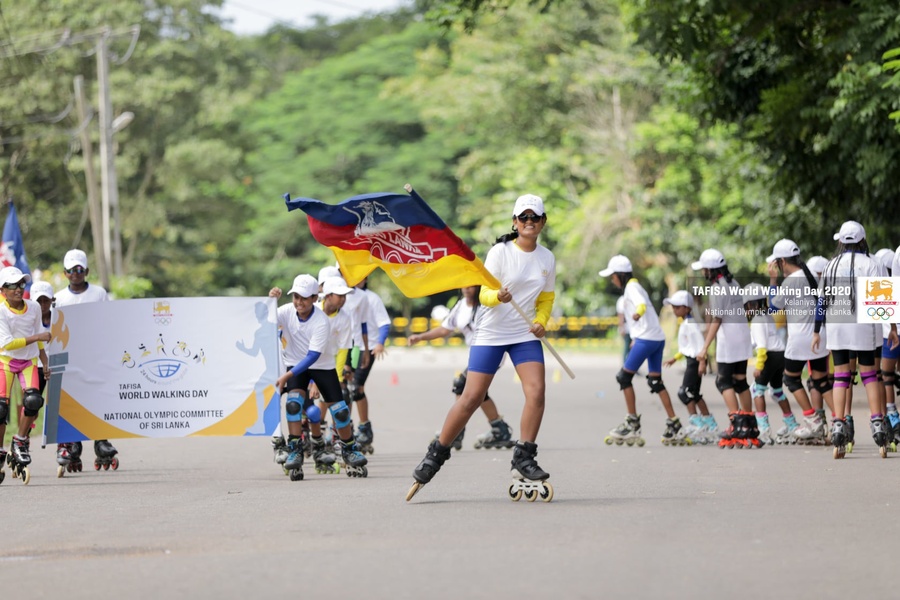 Colombo, Sri Lanka, October 6, 2020: Roller-skaters and athletes were part of the procession as the National Olympic Committee of Sri Lanka represented the island nation at The Association For International Sport for All (TAFISA) global walking relay last Sunday, October 4.

Kelaniya Temple, on the outskirts of the capital Colombo, is usually a place where the traditional parade or procession – perahera – of elephants is held every January to celebrate a Buddhist pageant. But on Sunday it was taken over by an enthusiastic bunch of athletes, led by roller-skaters, who took part in a relay around the temple premises to mark the 24-hour event held across the globe.

“The National Olympic Committee of Sri Lanka is one of 360 members of TAFISA from 170 countries and we are happy to be part of World Walking Day. From East to West, from New Zealand to Canada, all countries are involved in this event. We had to limit the number of participants to 75 due to the coronavirus pandemic but we will ensure it will be a colourful event,” said a spokesman for Sri Lanka NOC.

Sri Lanka NOC Vice President Sumith Edirisinghe, who officiated at the event, said: “We are very happy to hold this event at Kelaniya Temple which is a sacred place in Buddhism. We are holding this event with the blessings of the Sports Minister and with the help of all the sports federations in the country.”

The event began with the playing of the Sri Lankan national anthem followed by speeches before the roller-skaters got the half-day event underway. 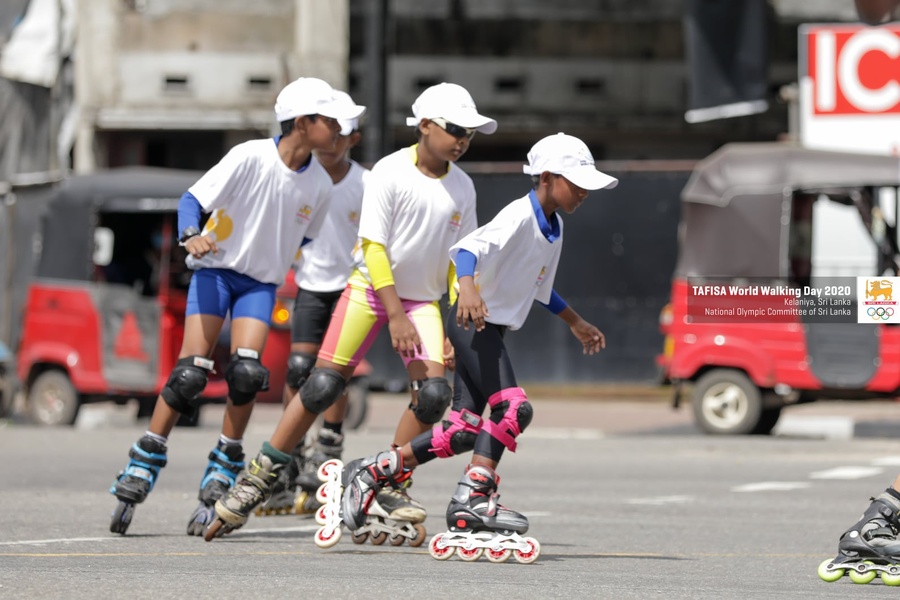