Wrestler Inam is pride of Pakistan 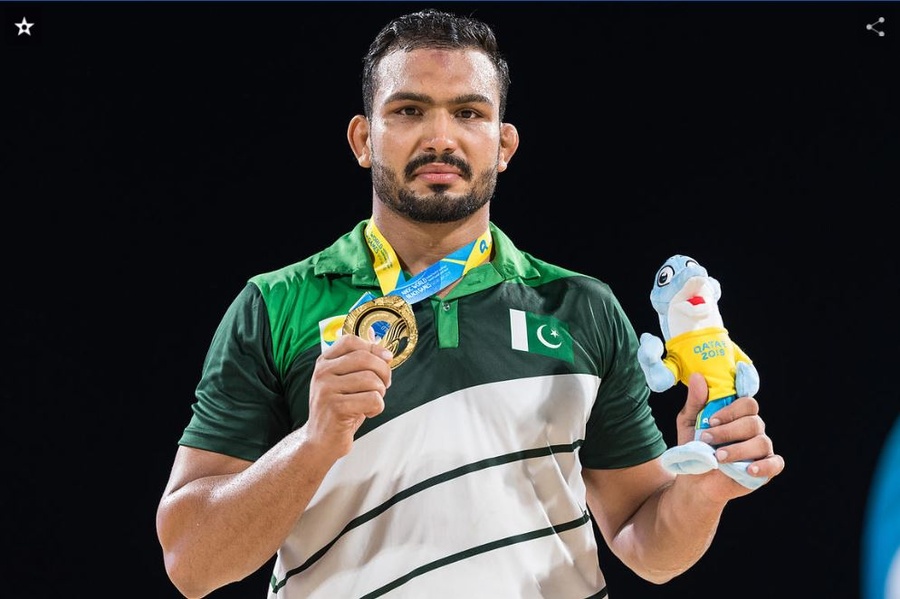 Doha, Qatar, October 14, 2019: The never-say-die attitude and competitive spirit of Muhammad Inam brought a sensational gold medal for Pakistan on the opening day of beach wrestling at the ANOC World Beach Games on Monday.

Inam looked out for the count when he trailed Dato Marsagishvili of Georgia by 2-0 in the men’s 90kg final with half a minute of the three-minute contest remaining.

Two one-point takedowns leveled the score at 2-2 before a three-pointer right on the whistle earned the Pakistani a stunning 5-2 victory and the gold medal.

The victory brought pride to Pakistan and to Asia at this first world festival of beach and sea sports and put Pakistan into a healthy position on the medal table.

Inam, 30, is from Gujranwala in Pakistan and has excelled on the international stage with gold medals at the Commonwealth Games, South Asian Games, Asian Beach Games and the World Beach Wrestling Championships, among other.

The four beach wrestling gold medals on the opening day were won by Brazil, Colombia and Georgia as well as Pakistan.