Bhutanese archer Dorji is a hit in Japan 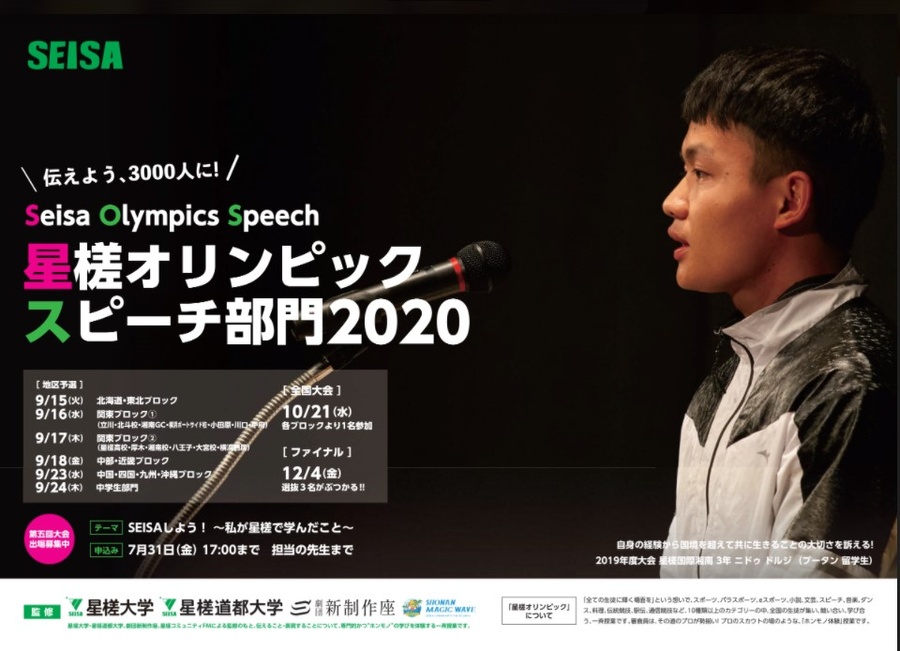 Thimphu, Bhutan, October 5, 2020: Bhutanese teenage archer Nidup Dorji has been selected as the poster boy by a Japanese high school for its annual presentation competition this year.

Dorji, 17, who has been attending the Shonan campus of Seisa Kokusai High School for nearly two years under a programme to help overseas athletes train to become Olympians, was selected as the main poster model.

For the first time in Olympic history, a Bhutanese athlete has qualified for the Games – female archer Karma winning the historic berth. Dorji, who has been in Japan since he was 15, is seen as a future Olympic prospect for the Himalayan kingdom.

Dorji and another female archer, 22-year-old Sonam Choden, are part of Seisa’s scholarship programme. This programme was launched by the Japanese Olympic Committee in conjunction with the International Olympic Committee’s Olympic Solidarity funding arm.

Dorji and Choden both belong to Seisa’s archery club. “They are still young and have enough time to aim at the next Olympics in Paris in 2024 or Los Angeles in 2028,” said  Keisuke Shigeta, the school’s archery club director.