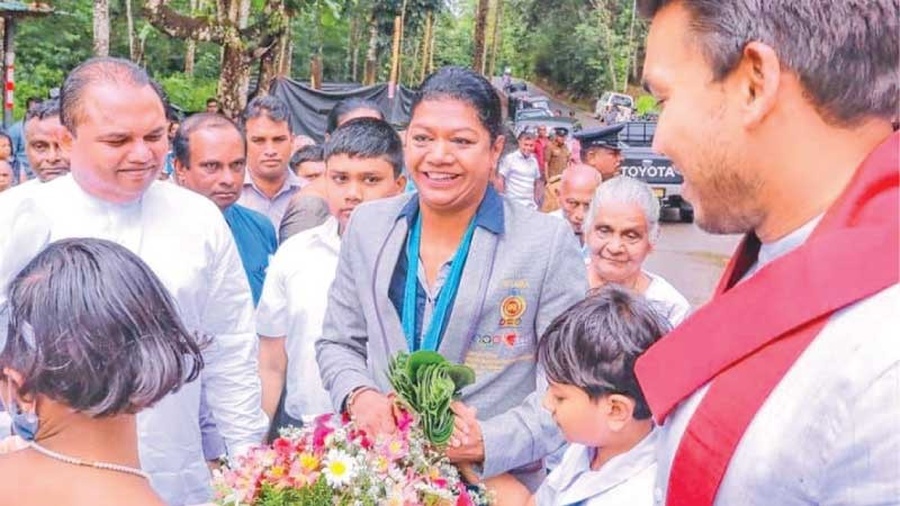 Jayasinghe, the first and only Sri Lankan woman to win an Olympic medal, returned to where it all began - her first school, Uduwaka Kanishta Vidyalaya in Warakapola, 65 kilometres from Colombo. The sprinter and national treasure was felicitated at a ceremony in the presence of Sri Lanka’s Sports Minister, Namal Rajapaksa.

Jayasinghe, who recounted her hard upbringing, said: “I remember I could not get a daily meal. My parents had a lot of difficulties and sometimes I had to borrow a T-shirt for the national events.

“Dedication was the key to my success. Actually, I could not get a good education those days with sports but today, with the facilities athletes have, they can both study and compete and reach the top level,” Jayasinghe related to students.

Students found out that their school would soon be equipped with a ground and a gymnasium which could also be used by the community.

“Today, we have a good Sports Minister, he himself a former sportsman, and he knows about the difficulties facing athletes. I am very happy to see the contributions for my mother school,” Jayasinghe added.

The Government of Sri Lanka has plans to develop rural school sports and Sports Minister Rajapaksa used the anniversary celebrations to announce the ambitious strategy.

“We have already started a programme to develop 25 national sports schools and give them more facilities. I am very confident that in the future we will see more Susanthikas from this College,” Rajapaksa said.