Asian record-holder Cheroben to race half marathon in Poland 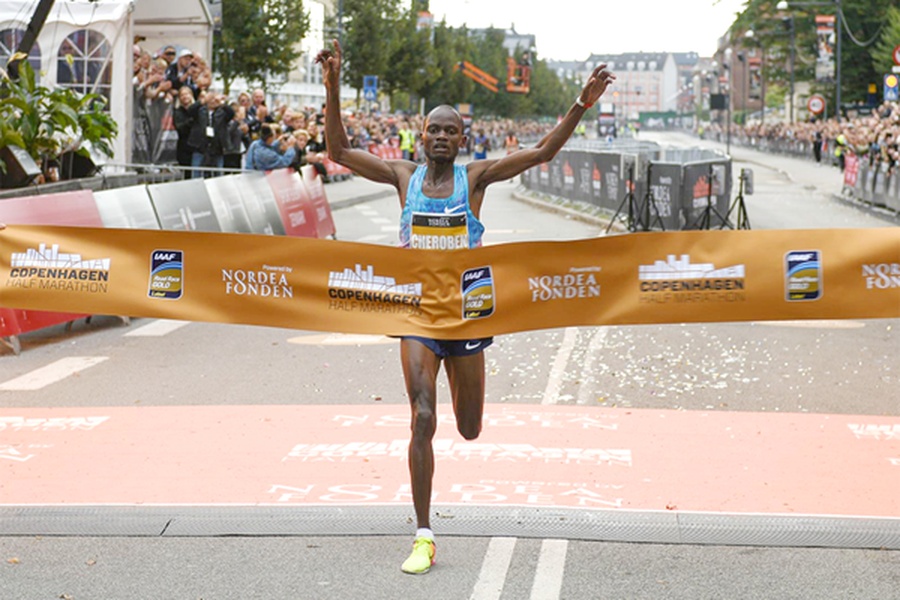 Based on the figures at the entry deadline, 157 men and 127 women from 62 teams have been entered for the championships.

Even with the expected slight drop in numbers ahead of the publication of the official start lists, the figures compare favourably to previous editions, most of which ranged between 150 and 250 athletes.

Cheptegei, the world 10,000m champion, and teammate Jacob Kiplimo, the world leader over 3000m, spearhead the Ugandan team and will seek to replicate the 1-2 finish they achieved at last year’s World Cross Country Championships. Cheptegei, who earlier this year broke the world 5000m record, will be making his half marathon debut.

Bedan Karoki, a world silver medallist at the half marathon in 2016 and over cross country in 2015, leads a formidable Kenyan squad. Ghirmay Ghebreslassie, the 2015 world marathon champion, heads up a strong Eritrean team.

World 1500m and 10,000m champion Sifan Hassan, who also holds the world record for the mile, is one of several standout entries for the women’s race.

In one of the highest-quality fields ever for a half marathon, 15 of the men entered have sub-60-minute Personal Bests and a further 14 have PBs inside 61 minutes.

The 10 fastest women entered have PBs of 1:06:30 or faster, while 21 women in total have sub-69-minute PBs. Continental record-holders for Africa, Europe and Asia are also entered.