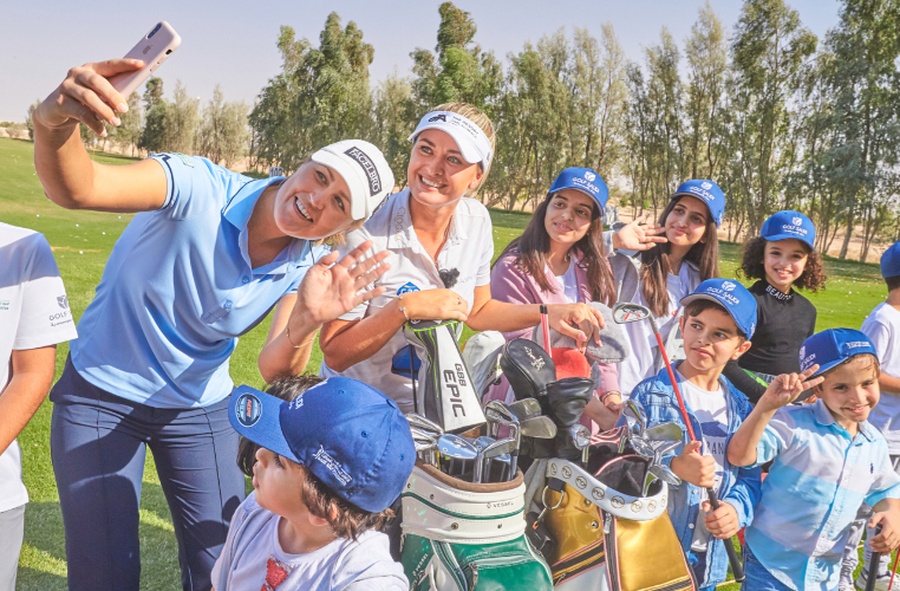 Riyadh, Saudi Arabia, September 30, 2020: Saudi Arabia is to host a world first $1.5million prize-fund Ladies European Tour golf week in what promises to be a landmark moment for women’s sport in the Kingdom.

Held within a safe bio-secure environment, both tournaments will attract many of the world’s best golfers to King Abdullah Economic City (KAEC) and will be the first time in women’s golf history that professional players – themselves competing in the Kingdom for the first time – will partner with amateurs in the all-new team and individual format promised for the Saudi Ladies Team International.

November’s consecutive tournaments take women’s golf into another new territory and will see players compete for what will be the LET season’s biggest purse after only the British and Scottish Open.

Alexandra Armas, Ladies European Tour, CEO, said: “We are extremely excited to be part of history in bringing the first-ever professional women’s golf event to Saudi Arabia and we are thankful to their commitment to deliver not one but two tournaments, in what has been a difficult year for golf.”

Originally planned for March and then from October 8-11, the Aramco Saudi Ladies International presented by PIF will be the Ladies European Tour’s debut event in Saudi Arabia. It will attract more than 100 of the world’s best golfers and, with a $1million prize fund, will be the 2020 Tour’s third highest paying event.

The format of the Saudi Ladies Team International will be revealed in upcoming weeks, with the three-day event set to feature professional players teaming-up with amateur golfers, together competing for a share of a $500,000 prize-fund.

Majed Al Sorour, CEO Golf Saudi and the Saudi Golf Federation, added: “Our vision is to grow golf across the Kingdom and make it both accessible and enjoyable to all men, women and children.

“One of our key initiatives for this is hosting tournaments capable of drawing the world’s best players as a means of inspiring the next generation of young Saudis and Saudi golfers.”