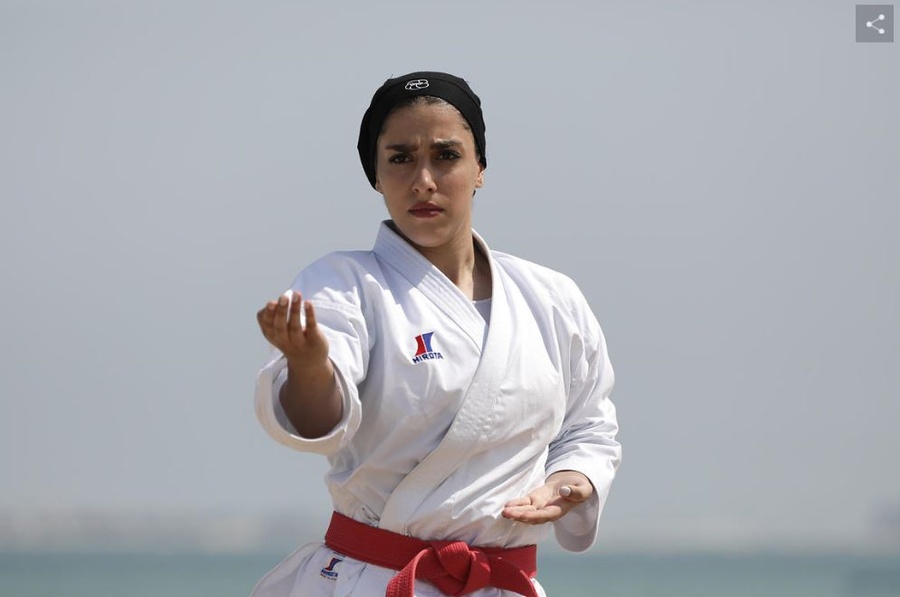 Doha, Qatar, October 13, 2019: Iran and Chinese Taipei both won a silver medal in the karate competition of the ANOC World Beach Games on Sunday. In another excellent performance from an Asian National Olympic Committee, Hong Kong, China claimed a bronze.

The only karate discipline contested in the ANOC WBG was the individual kata (or forms) for men and women over two days of qualifying and elimination.

In the women’s event, Spain’s Sandra Sanchez won gold with a score of 26.28 in the final against Iran’s Fatemeh Sadeghi, who earned silver with 24.60.

Sanchez is known as “the Queen of Kata” and at Katara Beach she could expand this title to “the Kata Queen of Qatar” as she proved head and shoulders above her rivals with her fast and fierce forms.

In the same event, Hong Kong, China won one of the two bronze medals on offer through Grace Lau, whose effort earned her 25.54 points.

In the men’s individual kata, Wang Yi of Chinese Taipei also had to bow to Spain, who added a second karate gold through Damian Quintero.

Wang’s performance in the final was judged 24.94 – a score that Quintero passed comfortably with 26.40.