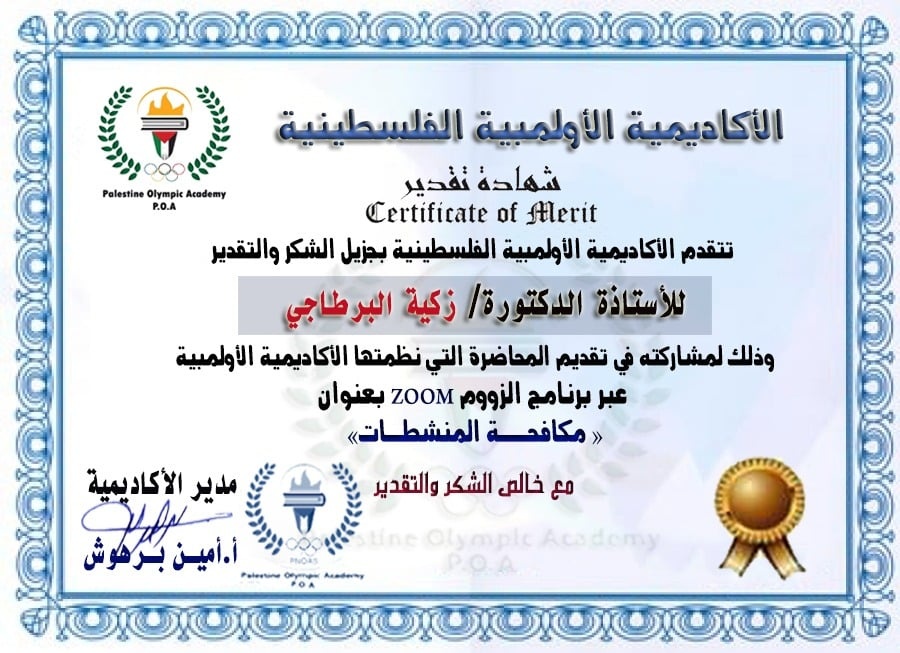 The courses were organised by the Academy following its inauguration in July and were aimed at promoting and serving Palestinian and Arab athletes in various sports fields.

To acknowledge this pioneering work, the Academy has issued a Certificate of Merit to the sports leaders who joined in the seminars via the Zoom video conference link.

Over the course of two months, through social media, the Academy organised nine sports lectures which drew strong support, interaction and feedback from the participants inside and outside of Palestine.

Lecturers from Egypt and Tunisia joined local experts in presenting and discussing a wide range of topics including sports administration, media, anti-doping, the new Sports Court in Palestine, Olympic culture and the need for innovation in the time of crisis for sports institutions.