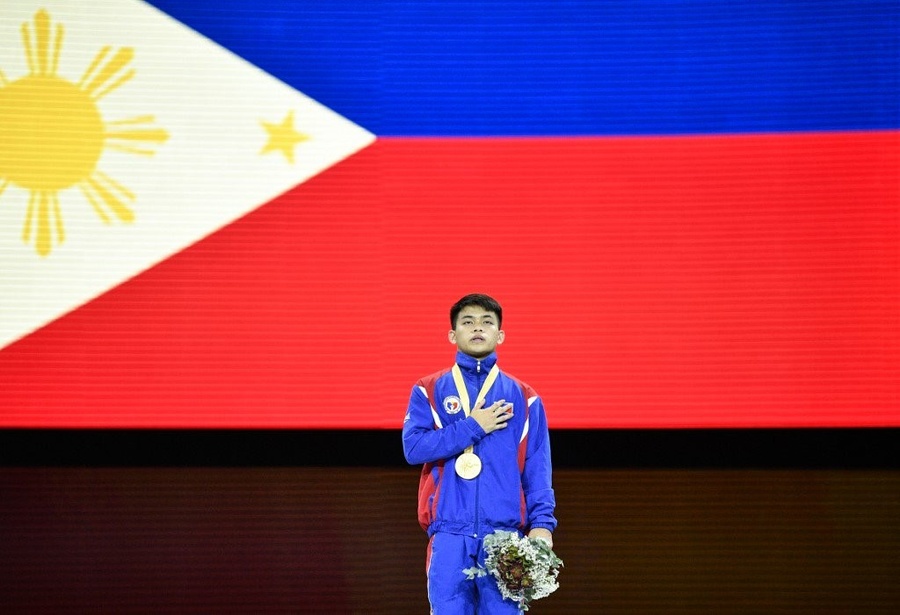 Stuttgart, Germany, October 13, 2019: Carlos Edriel Yulo made history by becoming the first ever world gymnastics champion from the Philippines. Nicknamed Caloy, the 19-year-old bundle of energy ruled the men’s floor exercise to win the gold medal at the 49th FIG Artistic Gymnastics World

“We are all thrilled with the golden performance of Caloy. The Office of the President and the Philippine Sports Commission family congratulates Caloy for this achievement,” PSC Chairman William Ramirez was quoted by the Philippine Daily Inquirer.

Yulo earlier booked a ticket to the Tokyo 2020 Olympics after advancing to the final of the men’s all-around and floor exercise events. He became the second Filipino to qualify for next year’s Summer Olympics - pole vaulter EJ Obiena also booked a spot in Italy last month.

“Our hard work paid off. I thank the entire country for the love and support,” said Gymnastics Association of the Philippines president Cynthia Carrion as she expressed gratitude to Yulo’s chief backers, the Philippine Sports Commission and the MVP Sports Foundation.

Yulo landed the country’s first ever podium finish at the 2018 World Championships when he won the bronze in the same category. He went two steps better this time.