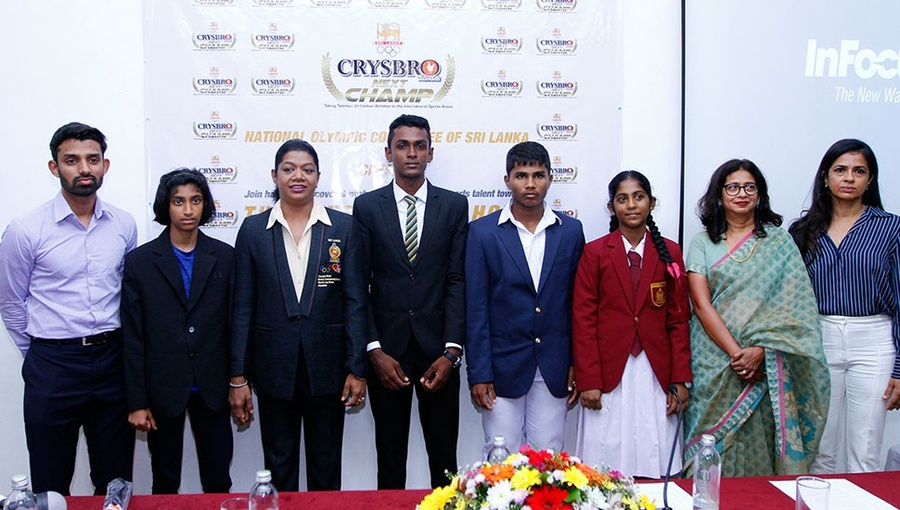 Colombo, Sri Lanka, September 27, 2020: The National Olympic Committee of Sri Lanka has tied up with Crysbro to provide 20 scholarships to budding young athletes with the potential to deliver on the international arena from 2022.

Crysbro, the leading poultry company in Sri Lanka, signed a landmark Memorandum of Understanding with the Sri Lanka NOC last week to launch the ‘NOCSL-CRYSBRO Next Champ’ scholarship programme. The initial investment will be Rs. 20 million (US$108,000).

The object of this ambitious programme is to target athletes between 15-16 years to win international medals. Crysbro will sponsor 20 deserving athletes, scouted by the Sri Lanka NOC, with potential to qualify for the 19th Asian Games in Hangzhou and Commonwealth Games in 2022 and next year’s South Asian Games.

Shehan Ambepitiya, formerly the fastest man in South Asia and a member of the scouting committee, revealed that all National Sports Associations in the island nation had been asked to nominate their top Under-16 candidates and that the panel had interviewed everyone.

“Five athletes have been picked already and a further five will be named by the end of this month. We will keep 10 slots open, and to be filled after watching their performances at upcoming events,” Ambepitiya said.

The selected 20 athletes will be sponsored to the tune of Rs. 1 million (US$10,800) per year, which will cover expenses such as nutrition, transportation costs, coaching fees, accommodation, medical expenses and for buying sports gear. A separate fund will be maintained to cover expenses to compete at international events.

“We are working towards providing at least two international events per athlete per year to give them much needed competition exposure which young Sri Lanka athletes are lacking,” Ambepitiya added.