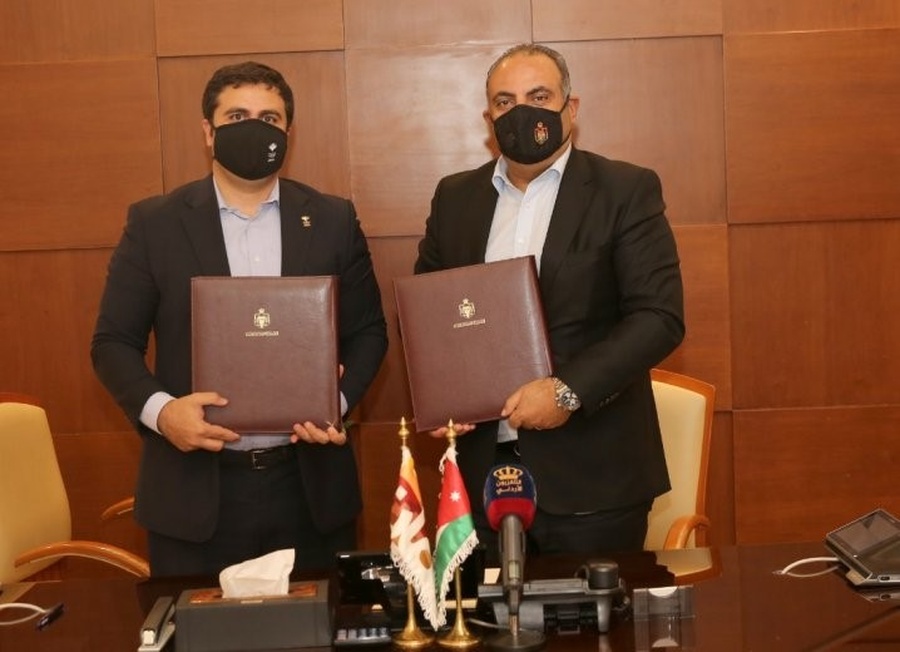 Amman, Jordan, September 24, 2020: The Jordan Olympic Committee and the Amman Municipality signed a cooperation agreement on Wednesday, September 23, to electronically provide services to the public so as to facilitate their involvement in sports.

The agreement  - signed by Dr. Youssef Al-Shawarbeh, Mayor of Amman, and Nasser Al-Majali, Secretary General of the Jordan Olympic Committee - will result in the two parties being linked through a computerised system to be launched by the secretariat before the end of the year.

This will enable the public to submit applications to book sports facilities such as football fields, billiards and snooker centres, chess clubs, or fencing centres, as well as to book the use of training facilities in sports including equestrian, weightlifting, boxing, karate, muay thai and jujitsu.

Al-Shawarbeh confirmed that the Municipality was proceeding with its national project of electronically transferring services in implementation of directives of His Majesty King Abdullah II. He said this extended partnership with the Jordan Olympic Committee will allow the simplification of procedures and facilitation for citizens.

Al-Majali said: “We are pleased with this cooperation and partnership with the Amman Municipality. It is an important step in providing electronic services to citizens and this move is within the framework of the keenness of both parties to fully develop Jordanian sports and provide the best services to the sports sector.”