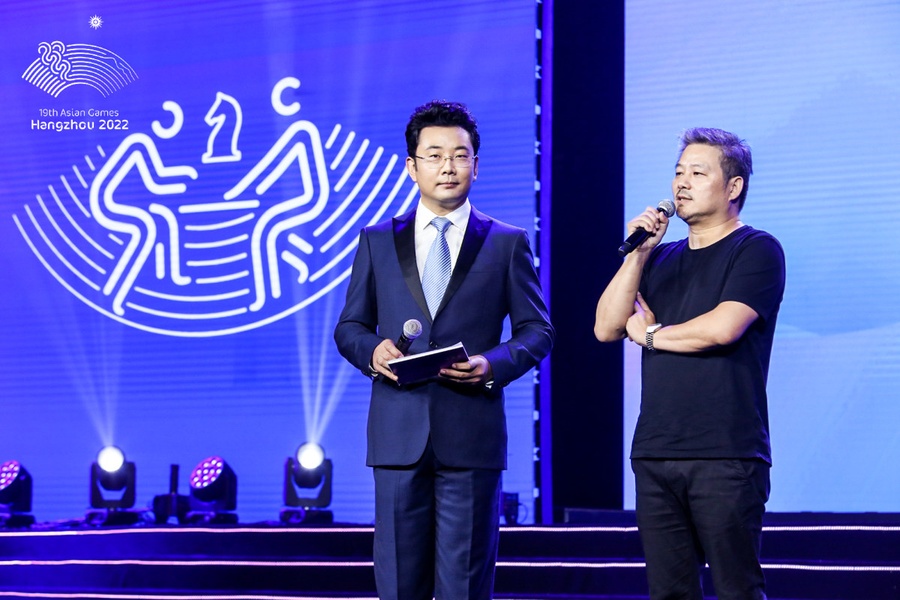 Hangzhou, China, September 22, 2020: The organising committee of the 19th Asian Games Hangzhou 2022 (HAGOC) held a ceremony in the Great Hall of the People of Zhejiang Province to mark the two-year countdown on Tuesday, September 22.

The ceremony included the release of the sports pictograms for the 19th Asian Games, the start of the campaign to choose a volunteer slogan, the introduction of a major documentary series "Hi, Asian Games" and the launch of the "Smart Asian Games Express" Alipay Channel.

More than 200 people attended the afternoon function, led by the heads of government of Hangzhou city and Zhejiang province and including athletes, students, citizens, volunteers, official Prestige Partners and sponsors.

The sports icons featured 59 disciplines in 40 sports and were designed over the backdrop of the "surging tide" theme of the official Asian Games emblem. Athletes posed in the shape of the pictograms before the series was displayed across the screen.

The campaign for a volunteer slogan will run online and offline for five weeks and will promote the volunteer spirit of "dedication, friendship, mutual assistance and progress" throughout society.

The "Smart Asian Games Express" by Prestige Partner Alipay provides 18 smart services such as travel, catering, hotels, tourism and ticket purchases and around 100 Asian Games outlets will be established in Hangzhou and other cities of Zhejiang province.

Evening celebrations and musical performances took place at the famous West Lake and the Qiantang River in downtown Hangzhou.

The 19th Asian Games will run from September 10-25, 2022 in Hangzhou, capital of Zhejiang province in eastern China. 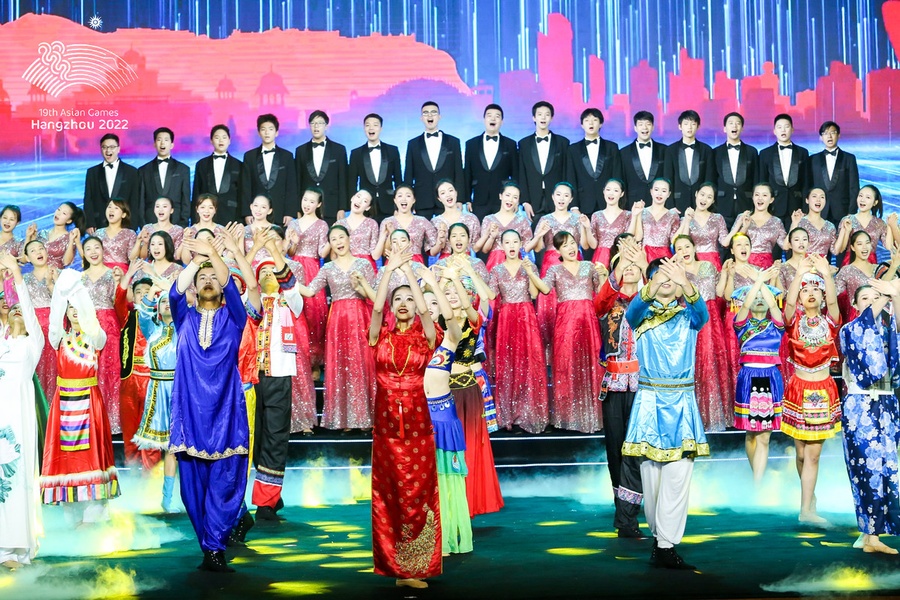 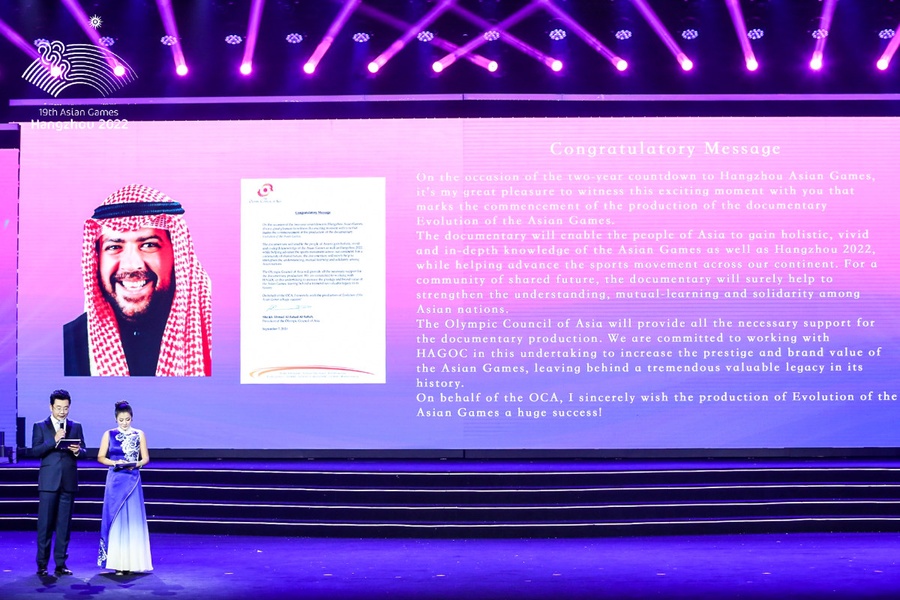