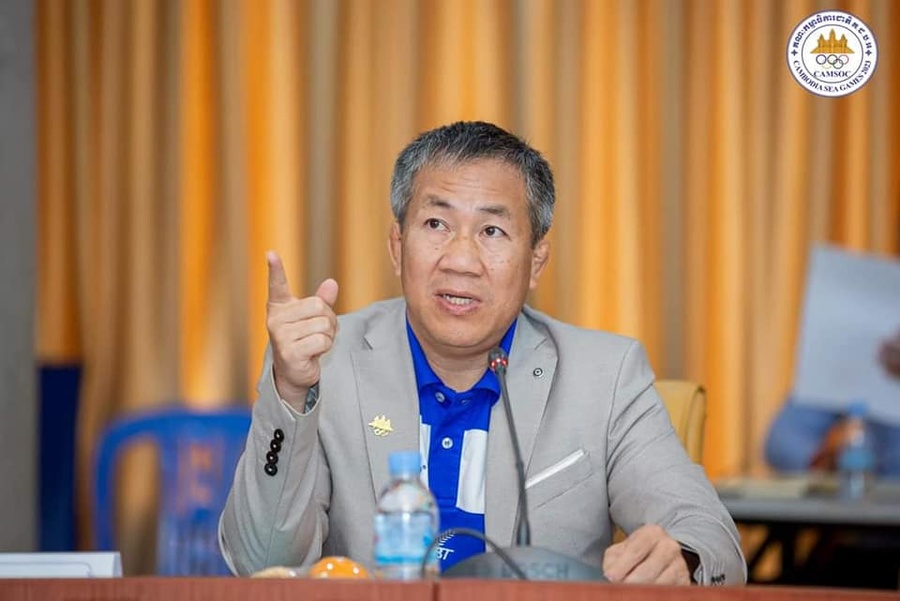 Phnom Penh, Cambodia, September 16, 2020: The organising committee of the 32nd Southeast Asian Games in Cambodia in 2023 will enlist the help of the Chinese government for the opening and closing ceremony.

The Secretary General of organising committee CAMSOC, HE Vath Chamroeun, made the announcement after a weekly meeting of the standing committee of CAMSOC on Tuesday, September 15.

Although the Chinese government will provide experience and expertise in terms of production and technology, Cambodia will remain the chief organiser in terms of content, especially in relation to Khmer culture and civilisation and by working directly with the Ministry of Culture and Fine Arts.

The weekly meetings of CAMSOC always urge its expert committees to prepare their work plans ready for implementation from the beginning of 2021.

For the opening and closing ceremony, CAMSOC will need almost 10,000 people from the Royal Cambodian Armed Forces, artists from the Ministry of Culture and Fine Arts, Ministry of Education and Youth and Sports as well as young people from the Union of Youth Federations of Cambodia.

The principle of organising human resources will start with the help of experts from China by the end of 2020, and His Excellency Vath strongly hopes that Cambodia's hosting of the first SEA Games in 2023 will be successful in showcasing national potential, national honour and history.

Cambodia will host the SEA Games for the first time in 2023, from May 5-17. The regional sports extravaganza features 11 National Olympic Committees and was first held in 1959.

China has played a major role in the building of the new sports complex which will be the main hub of the 32nd SEA Games on the outskirts of the capital Phnom Penh.