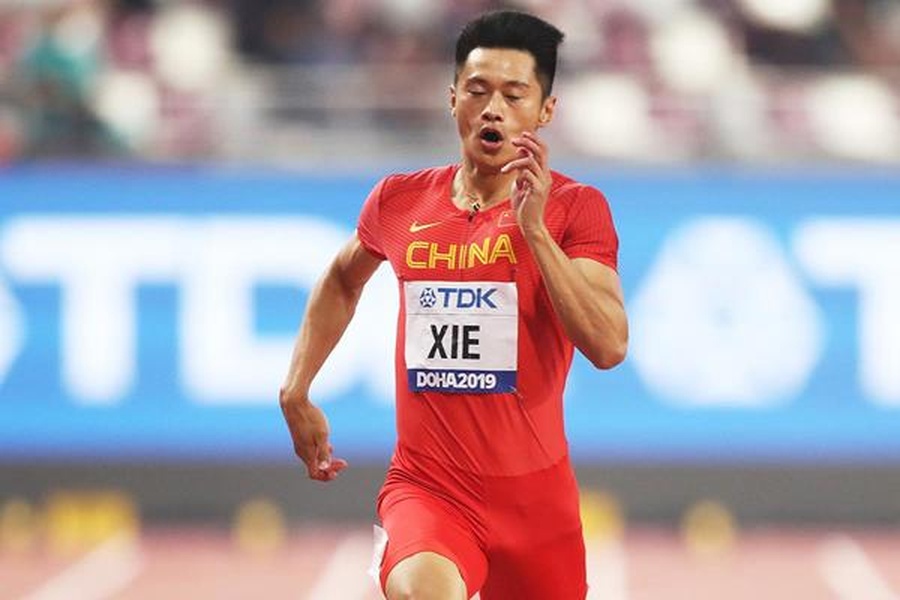 Shaoxing, China, September 14, 2020: Asian 200-metre champion Xie Zhenye believes the 2020 Chinese National Athletics Championships this week will be an important test for him after a long period of training behind closed doors.

According to the Chinese Athletics Association, the national championships slated for September 15-18 in Shaoxing, Zhejiang province in eastern China, will be the only major event for athletes in 2020 due to the pandemic.

"This is the first event at such a high level after all the training sessions," he said. "After training for so long I think all the athletes will be ready to perform their best at the event," said Xie, the 200m Asian record holder, who hails from Shaoxing.

The 27-year-old Asian Games 4x100m relay champion at Incheon 2014 disclosed that he would participate in the 100m and 200m and that he expected to improve through the event.

"This is the first formal meet since the pandemic so, for me, it is a test which will provide a reference for my following winter training."

Xie won the gold medal in the 200 metres at the Asian Athletics Championships in Pune 2013 and Doha 2019.