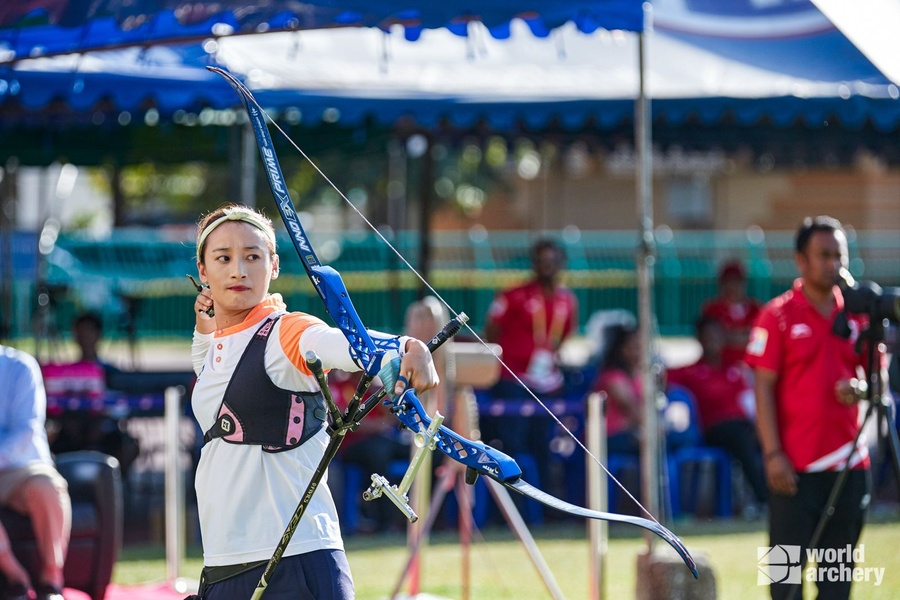 The Bhutanese Archery Federation is brimming with potential. The organisation has taken significant strides over the past few years, implementing development programmes for para archery and the national team with an eye toward the future.

It has been a global effort. In 2018, Bhutan hired a foreign coach in Park Young Sook – better known as Sally – a Los Angeles 1984 Olympian who has blossomed into a renowned coach.

Bhutan made its Olympic archery debut in 1984 at the same Games in which the nation’s new coach competed. It has sent at least one archer to compete in every Olympic archery competition – via universality invitation after quotas were introduced in 1996 – ever since.

Under coach Sally, Bhutan has now gone one step further, with female archer Karma – who shot in Rio with an invitation place – winning the country’s first Olympic quota in any sport at last year’s Asian continental qualification tournament.

Bhutanese archers are well-behaved and obedient, she explained. Yet, while those qualities make them easy to coach, she wants her archers to be strong mentally, like soldiers. It has been a difficult and rewarding process shifting their personalities, she said.

“It is a great experience for me to understand each country’s culture,” said Sally.

When Sally arrived in Bhutan there were only seven national archers: three men, three women and one para archer. There wasn’t a selection process to make the team like in other countries.

At the time, the Bhutan Olympic Committee’s secretary general suggested that Sally change the training system to develop archery. Sally and the national federation set up archery camps and competitions for younger archers to identify new talent.

“I found some good boys and girls during the archery camp,” she said, “but I couldn’t select them as their houses were far away from the national archery range.”

Other young athletes, meanwhile, can still be selected and join the training programme, which now counts three groups: the national team, the junior team and the beginners.

As well as the overall structure of the performance programme, there were detailed aspects of technique that needed widespread improvement. Many of the archers’ postures, Sally said, needed work.

“When I started coaching in Bhutan, I was not satisfied with archers’ technique,” she said. “I felt that I stood in front of a big mountain.”

They are slowly scaling that mountain. The team is committed to its craft, she said. Sally is now 90% satisfied with their techniques – and the difference can be seen in comparing the now 30-year-old Karma’s style on the Olympic field in 2016 and last year.

“I didn’t know how to teach her, because her posture was the worst among Bhutanese archers,” Sally said. “But she followed my guidance well and made lots of effort.”

It was only a year after Sally’s arrival that Karma qualified that place for Tokyo 2020 in Bangkok. And, more recently while competing in a remote competition run by a group in Japan, she hit an internationally respectable score of 656 points for the 72-arrow 70-metre ranking round.

“I am very proud of her,” said Sally. 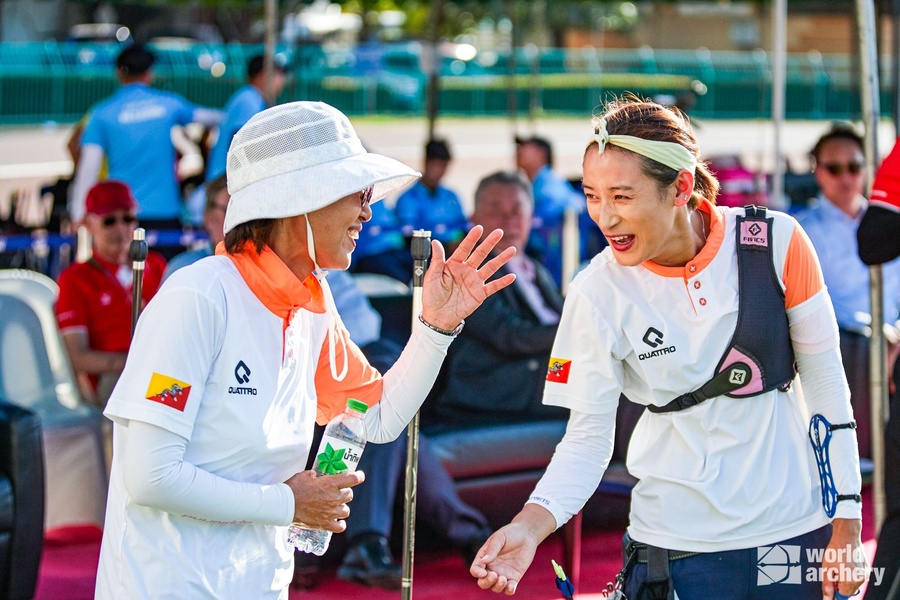