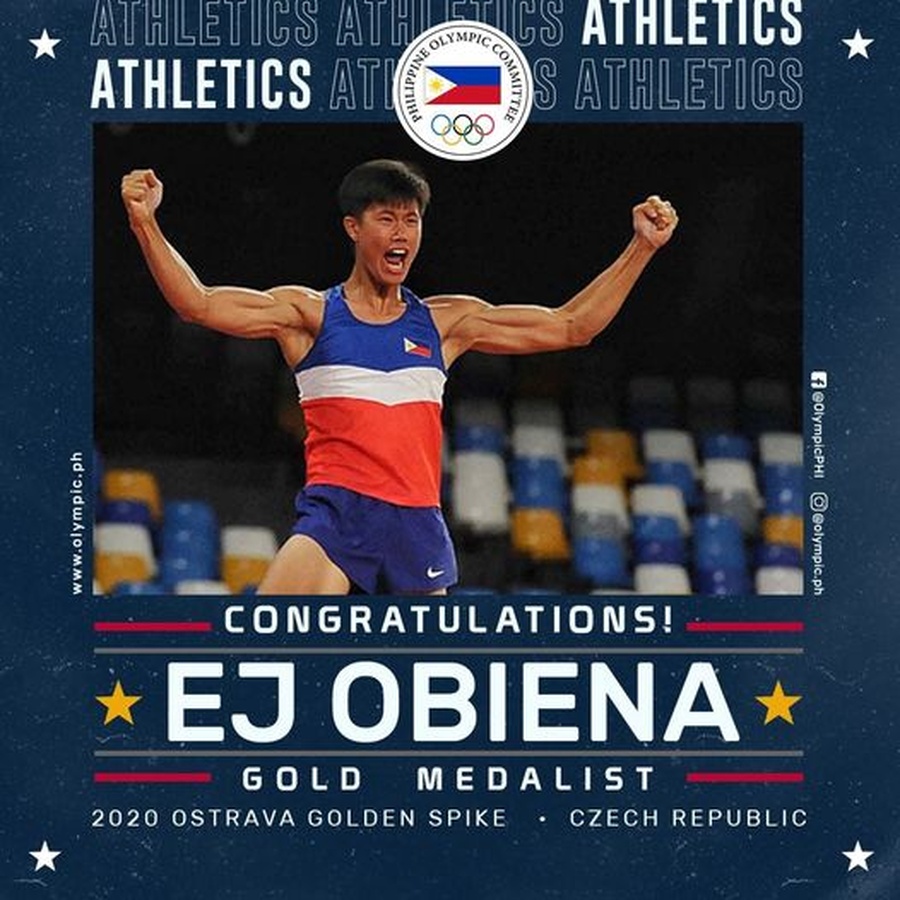 The 24-year-old Filipino pole vault star reached a season-best 5.74 meters to bag his first gold medal and his fourth podium finish of the campaign.

Obiena beat London 2012 Olympic champion and Rio 2016 silver medalist Renaud Lavillenie of France via countback after both vaulters had cleared a season-best 5.74 meters on their second attempts.

Sam Kendricks of the USA, who won bronze in Rio and is a two-time world champion, came in third with 5.64 meters.

"Thank you God for the long awaited win. I offer this to your given grace," Obiena said on his Facebook account.

"Truly grateful for the gold medal win at the 59th Ostrava Golden Spike Tournament held at the Czech Republic, against the world's best in pole vault.

"Thank you Philippines, truly proud to represent you."

Obiena, who is among the country’s top bets for a medal in the Tokyo Olympics next summer after attaining the qualifying standard at a meet in Italy last year, won two silvers and a bronze just last month.

Based in Italy, Obiena enjoyed a sparkling 2019 winning the Asian Athletics Championships gold in Doha, the Summer Universiade in Naples and the SEA Games in his home country at the end of the year.

His personal best and national record is 5.81 metres which he hopes to improve on at the Tokyo Olympics next summer. 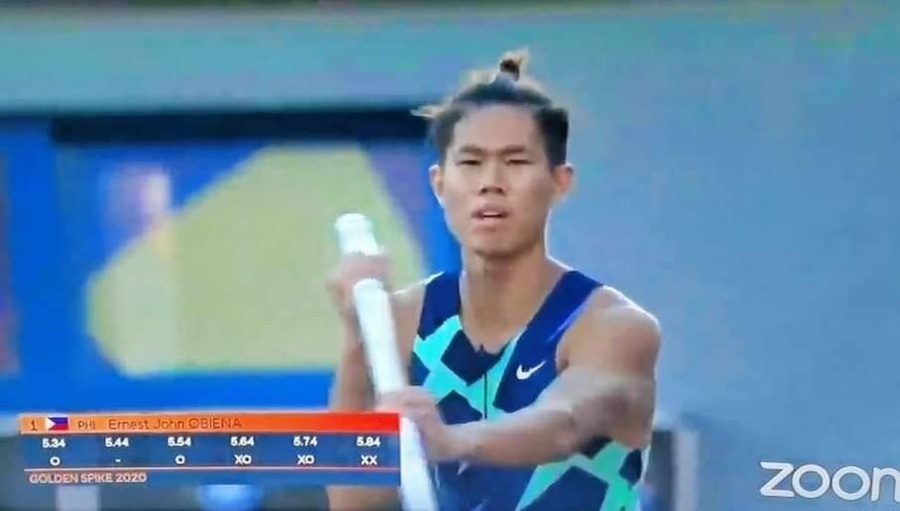