The organising committee, supported by the General Administration of Sport of China and the Chinese Olympic Committee in Beijing, presented progress reports on seven major themes including the sports programme, venue construction, marketing, torch relay and Asian Games Festival and Expo.

The 19th Asian Games will be the first Asiad in history to involve teams from the Oceania region following an invitation from the OCA President, HE Sheikh Ahmad Al-Fahad Al-Sabah. The modalities for the participation of the Oceania athletes will be discussed between OCA and ONOC.

Of the 53 competition venues for the 19th Asian Games, 40 will be in Hangzhou and the remaining 13 in five satellite cities.

Twelve of the 53 competition venues are new, 33 are being renovated and eight will be temporary. Construction is expected to finish in March 2021 and test events will be able to take place from June 2021. In addition there will be 31 independent training venues serving 15 sports.

HAGOC is working on a documentary film entitled "Evolution of the Asian Games" comprising of up to five episodes of between 40-50 minutes to be aired in the spring of 2022. The OCA and the Chinese Olympic Committee will also be involved in the production, which will highlight the history, culture and sporting developments of the Asian Games and host cities dating back to the first edition in 1951.

The OCA, in coordination with HAGOC, is also planning to hold a festival and expo alongside the Asian Games featuring a sponsors' exhibition, a multi-media art gallery, a sports forum and a carnival and showcasing the rich culture and diversity of Asia..

Summing up the meeting, the OCA Director General, Husain Al-Musallam, said: "The OCA is very happy with the excellent progress and achievements of HAGOC. Time is short, the challenge is huge but we are confident that we will make it the best Asian Games in history and the best model for multi-sport events in the world."

Chen Weiqiang, Vice Mayor of Hangzhou and Deputy Secretary General of HAGOC, thanked the OCA for the "valuable support and suggestions" during the two and a half hour meeting. "We still have two years to go and we are full of confidence that, with the guidance of the OCA, we are going to make the 19th Asian Games Hangzhou 2022 a great success. Let's work together for the next two years even closer than before."

The Chairman of the Coordination Committee, OCA Life Vice President Raja Randhir Singh, closed the meeting by saying: "There is no doubt in my mind that we will have a great Asian Games - one of the finest we have had. The way the organising committee is working and the way we are cooperating together, even though we cannot visit Hangzhou at this moment, is a very positive sign for the future."

The 19th Asian Games will be held from September 10-25, 2022 in Hangzhou, capital of Zhejiang province in eastern China, and will be the third Asian Games to take place in China following Beijing in 1990 and Guangzhou in 2010. 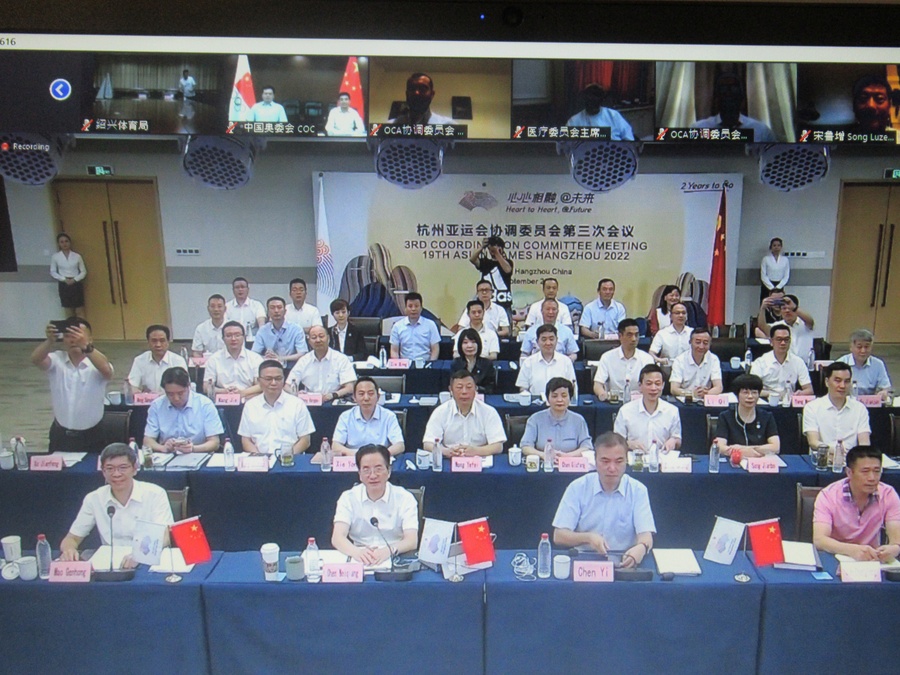 The HAGOC team at the video conference. 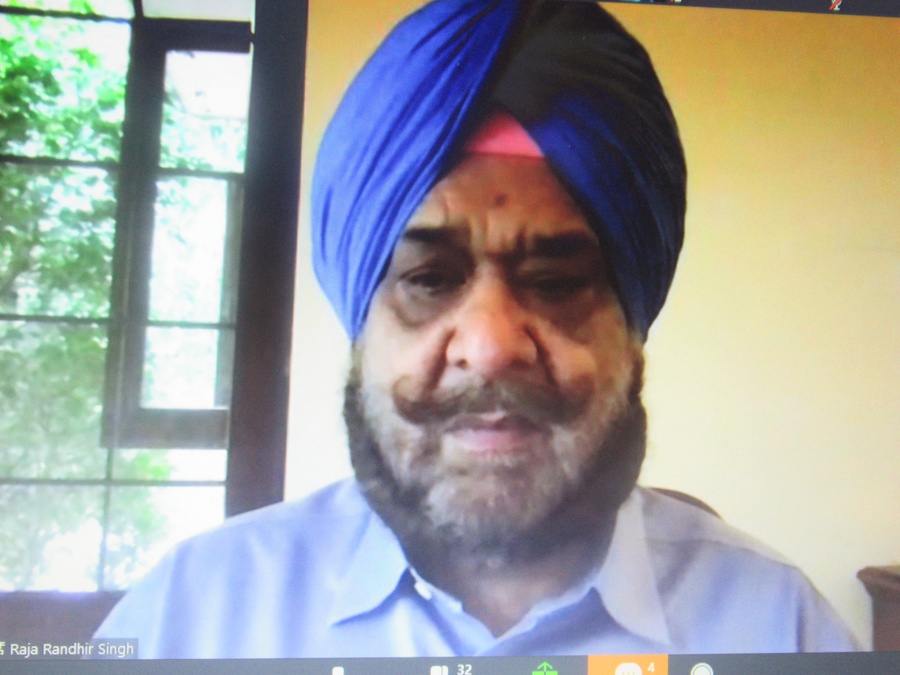