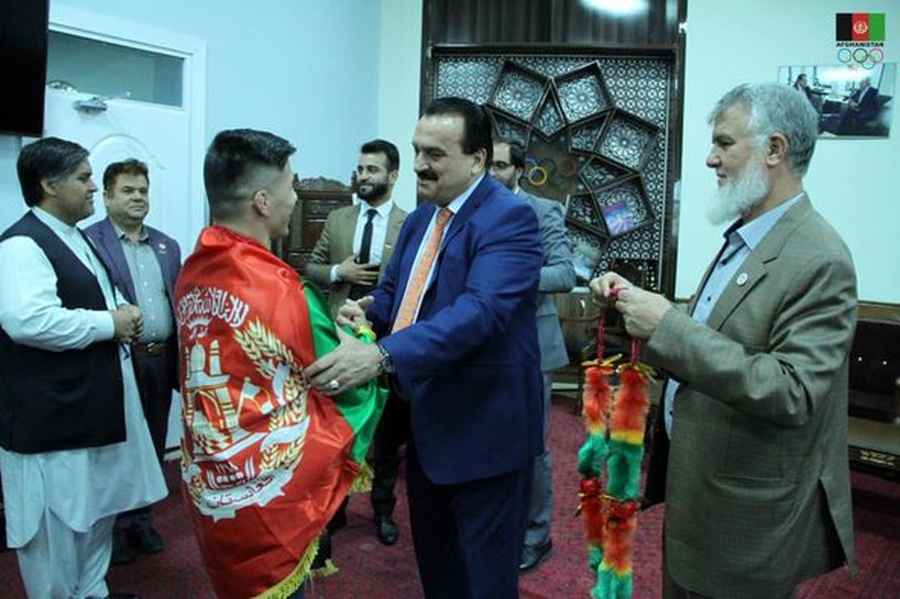 Rahimi, who lives in Russia and competes at 75kg, won three gold medals in the European Championships in Dolgoprudny, Russia, from August 6-9. He defeated opponents from Belarus, Azerbaijan and Russia.

During a ceremony, Afghanistan NOC President Dr Hafizullah Wali Rahimi, who is also Director of the Physical Education and Sports Ministry, congratulated Behamin on his achievements and wished him further success at Asian and world levels.

As well as his three gold medals, the Afghan athlete was named best lifter of the championships by the judges.

The tournament was organised by the World Raw Powerlifting Federation and 700 athletes from 14 European countries took part.

The news was also posted on the Facebook account of the Afghanistan National Powerlifting and Strongest Men Federation. 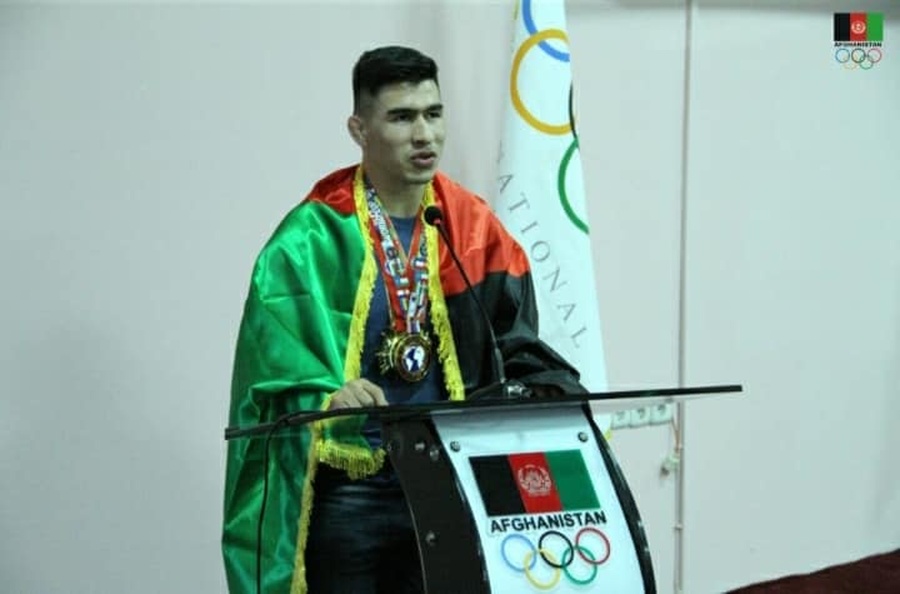 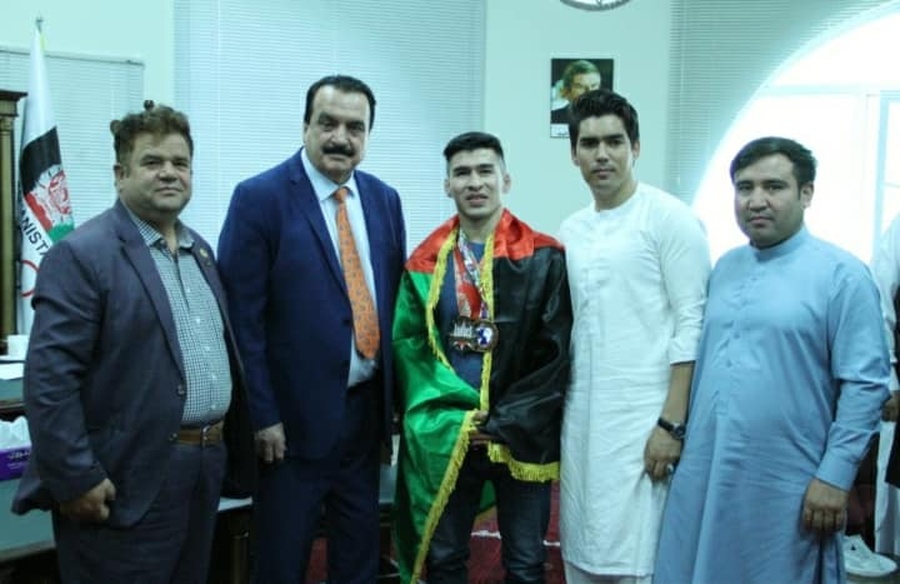