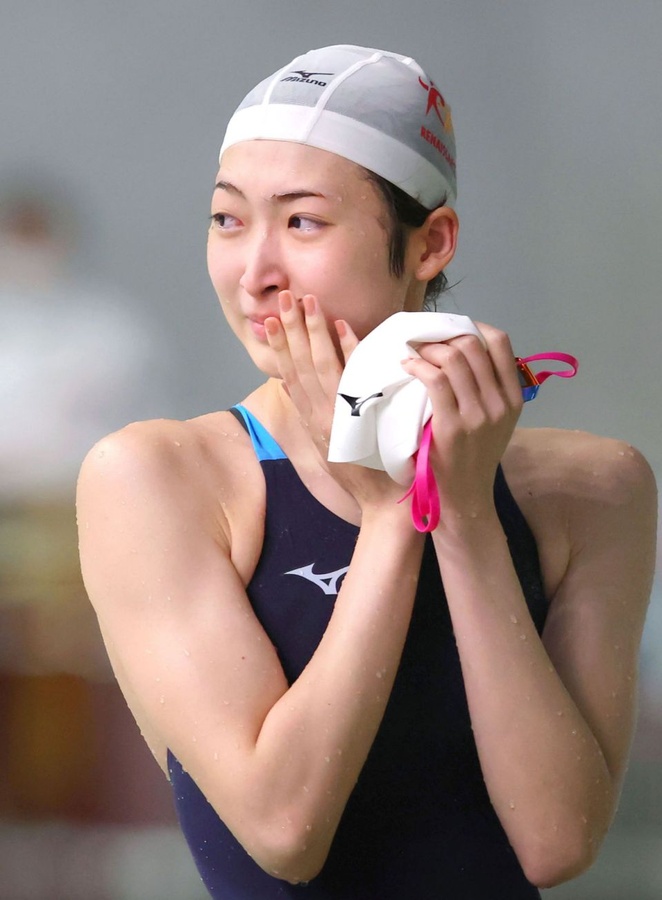 Rikako ikee is full of emotion after her comeback swim. © Associated Press/Kyodo News

Tokyo, Japan, August 31, 2020: Asian Games OCA MVP Rikako Ikee, who revealed in February 2019 she had leukemia, returned to competitive swimming on Saturday, August 29 in the women's 50-meter freestyle at a meet in Tokyo, reports Kyodo News.

The 20-year-old Japanese swam her first race in 594 days (nearly 19 months) and clocked 26.32 seconds to place fifth overall in the two-day competition at Tokyo Tatsumi International Swimming Center. Her national record time in the 50 is 24.21.

“I feel like I'm starting a new chapter in my swimming career," Ikee said.

The Rio 2016 Olympian was named OCA Most Valuable Player of the 2018 Asian Games after winning six gold medals along with two silvers.  Five months later she was diagnosed with leukemia after falling ill during a training camp in Australia.

Ikee needed to post a time of 26.86 seconds or better to qualify for October's intercollegiate championships, which she has said she is targeting.

"I was extremely nervous, but I still blew past my target," she said.

"I recognised many areas for improvement. If I can iron those out, my results will get better in leaps and bounds."

Ikee indicated that one major issue is rebuilding muscle mass lost in her bout with leukemia.

"Even though I'm only swimming the 50, my body stopped moving over the final 15 meters," she said. "Starting now, I need to diligently build up my physical strength."

The meet was organised by the Tokyo Swimming Association to give athletes a chance to compete following the cancellation of so many other meets this year due to the coronavirus pandemic.