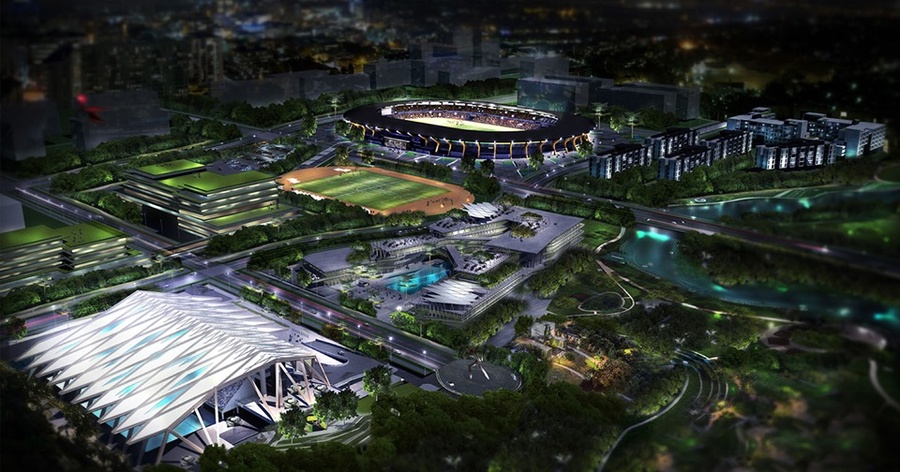 Manila, Philippines, October 9, 2019: The New Clark City is set to open on November 8, in time for the 30th Southeast Asian Games, after 99 percent of its phase one construction was completed, its administrator said Tuesday, reports ABS-CBN News Channel.

The 60-hectare phase 1 of the mega-development was built in less than 2 years, according to Bases Conversion and Development Authority President and CEO Vince Dizon. The company employed some 8,500 employees during the peak construction period, he said.

Phase 1A, which includes all the facilities needed for the SEA Games, is worth P13 billion (250 million USD), he added.

Transforming Clark, a former US air base, was proposed as early as the 1990s but it was the "strong-willed" President Rodrigo Duterte who made it happen, according to Dizon.

“It’s one thing to plan and it’s a different thing to get on the ground and start implementing and making it happen. President Duterte has proven that, in less than 2 years, phase 1 of a mega development of the New Clark City can actually be built,” Dizon said.

Phase 2, where more government offices will be built, is ongoing, he said.

Sports facilities that will be used for the 30th SEA Games, such as the Main Stadium, Aquatics Centre, Athletes' Village and River Park, have been completed and tested by Filipino athletes.

The challenge now for the BCDA is to ensure that the development of the rest of the master plan will continue beyond Duterte's administration, Dizon said.

Phase 1 is only part of the 9,500-hectare master plan, of which 4,000 will be developed. Dizon said it would take 35 years to complete the development.

The SEA Games will run from November 30 to December 11 with 56 sports.