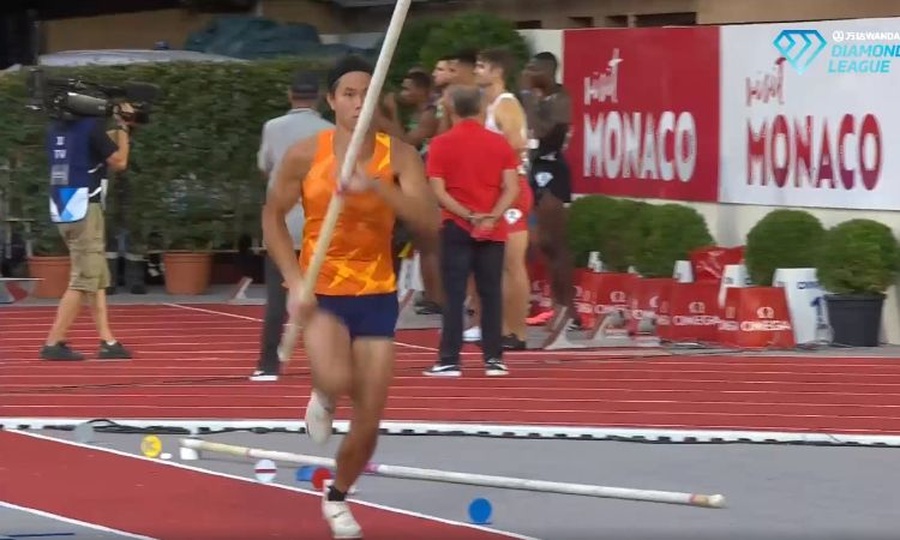 Obiena tied with Ben Broeders of Belgium on 5.70m but the Belgian cleared in his first attempt while the Filipino needed a second attempt to record his season-best clearance, resulting in Broeders bagging the silver medal.

Nevertheless, Obiena made history by becoming the first Filipino to claim a podium finish in the prestigious Diamond League track and field series.

Both Obiena and Broeders failed in their three attempts in the 5.80m clearance, bowing to world record holder Armand Duplantis of Sweden who cleared 6.0m and went away with the gold.

Defending Olympic champion Thiago Braz da Silva of Brazil, who beat Obiena for the gold in the 13th Trivento International Meeting in Trieste, Italy on August 4, finished in fifth and last place in the Diamond League with 5.50m.

The Filipino pole vaulter, who trains full time in Italy, was the first Filipino to qualify for the postponed Tokyo Olympics after clearing 5.81m in an athletics meet in Italy in September 2019. He has since been joined by gymnast Carlos Yulo and two boxers from the Philippines who are Tokyo-bound.