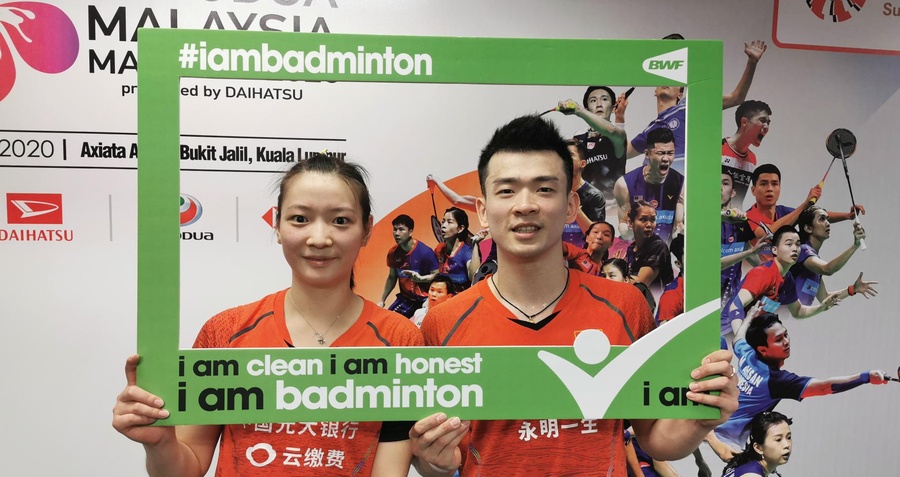 They form part of a new batch of ambassadors for the “i am badminton” integrity awareness campaign – a platform through which players advocate and commit to clean and honest play.

The World No. 1-ranked mixed doubles pair said they were honoured to be role models for the playing group and the entire badminton community.

“Our appointment as ambassadors demonstrates the trust and recognition that the Badminton World Federation has for us,” said the 26-year-old Huang.

“We are public figures that often appear on TV so we are accountable for every word we speak and for all our actions.

“People will be mindful of the respect and passion that we show towards competition and hopefully learn from us.”

Her playing partner, Zheng, 23, added: “Once we step on court we need to respect the technical officials and our opponents and to play our best under fair and equal conditions. This is what every athlete must do.”

The new batch of ambassadors continue the great work of a number of elite players, past and present, who have fronted the campaign since 2016.

“Since we were young we were taught the importance of fair competition. So, in my opinion, clean and honest play is an important element of sports integrity,” says Zheng.

“It is especially important for young kids. They must have the right work ethic and habit from a very young age. When they grow up they can then continue to practise and promote these moral values.”

Huang concluded: “My parents were the most influential people in my life growing up. They were the ones who encouraged me to play badminton when I was young. With their guidance and support, they’ve also taught me to compete fairly and to set a good example.”